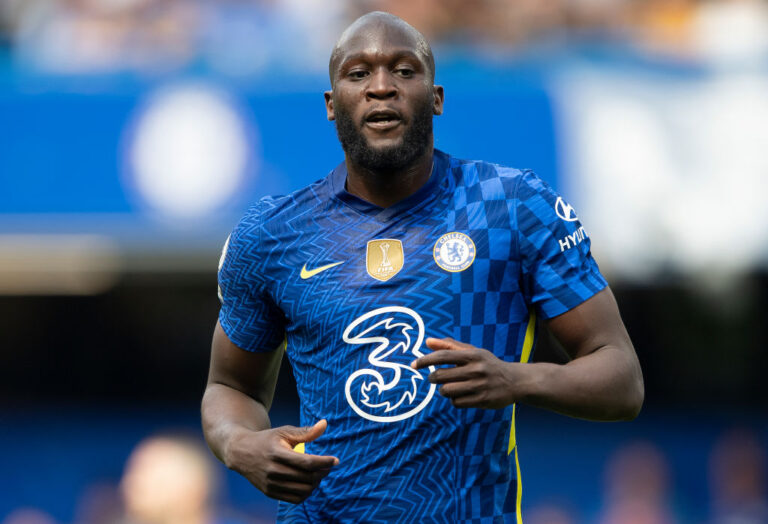 The future of Romelu Lukaku has been a significant talking point in recent weeks, with reports that the striker is leaving Chelsea.

The Belgian was signed by Thomas Tuchel‘s side in the summer of 2021. Chelsea shelled out £97.5 million – a club-record fee – to bring him back to England from Inter Milan.

Tuchel called Lukaku the “perfect” signing. He elaborated: “We’re very happy to have Romelu back at the club. Personality, speed, power, he can be an excellent choice for us. An excellent addition.

“He has the power, the physique to help us, the experience, the personality to have a huge impact.”

His second stint with the Blues did start brightly, however. He scored four goals in his opening four games this season, and produced a player of the match display in a 2-0 victory over Arsenal in August.

But although Lukaku has shown flashes of brilliance, the inconsistency has been lacking. Tuchel claimed in April that his struggles were due to a lack of fitness, and that he needed a “spark” to recapture his goalscoring form.

Meanwhile, former Chelsea striker Eni Aluko suggested in October that the Belgian needed to be more “adventurous” in front of goal.

Other criticisms have been levelled at his role in the Blues side, often as a lone striker with his back to goal. That is compared to his position in the Inter Milan team over the previous two seasons. Lukaku was often fielded in a two-pronged attack alongside Lautaro Martinez. He netted 47 Serie A goals in two seasons.

Sky Sports have reported that Romelu Lukaku wants a return to Inter, which suggests he is likely leaving Chelsea this summer.

However, Inter cannot currently afford the player, meaning any potential deal would involve a loan.

The Italian giants have been prudent in the transfer market in recent seasons. In fact, they recorded a net spend of nearly minus £150 million last season, according to Transfermarkt. Last summer, their most expensive signing was Zinho Vanheusden, who arrived for £14.4 million.

Who decides whether Lukaku leaves?

With Chelsea’s takeover now completed by a consortium led by American businessman Todd Boehly, the new owners will be in charge of all incoming and outgoings at Chelsea this summer.

The Telegraph has reported that Boehly will make £200 million available to spend on transfers this summer. But Chelsea have other areas to deal with before they address the striker position.

Centre-back Antonio Rudiger will leave the Blues on a free transfer this summer. He has joined Real Madrid. Defensive partner Andreas Christensen is expected to join him in departing Chelsea. Cesar Azpilicueta and Marcos Alonso could also leave.

Boehly, therefore, will be prioritising defensive reinforcements. Among them include Sevilla’s Jules Kounde. However, Fabrizio Romano reports that the Spanish club want between £47 million and £56 million to complete a deal. Sevilla qualified for the Champions League via their La Liga position, so they have no real need to sell the French defender.

When Chelsea’s business is done in that area, they will likely turn to decide Lukaku’s future.

However, one concern Chelsea have is that they may not be able to sell Lukaku cheaply or allow him to go out on loan.

The Daily Mirror reports that the Blues face Financial Fair Play issues if they lose most of their £97.5 million outlay on the striker. His departure could end up being a drawn-out process that lasts for most of the summer.

What has Lukaku said about Inter Milan?

The Belgian striker made headlines in December when he gave a controversial interview to Sky Sports Italy.

Lukaku then explained that he had approached Inter chiefs before his departure, asking for a new contract. But he was not offered one.

“I told myself that there is only team where I could possibly see myself – Chelsea,” he explained.

“I wasn’t thinking about going there. But at one point, they came in for me, and so I asked [Simone] Inzaghi to leave.

“The fact that they didn’t try to make me sign a new contract bothered me a bit. It hurt me even. If Inter offered me a new contract, I would have stayed 100 per cent. That goes without saying.”

The explosive interview rocked Chelsea, and he later apologised via the club’s official TV channel. However, the damage, in many ways, had already been done. Is Romelu Lukaku, therefore, leaving Chelsea this summer?