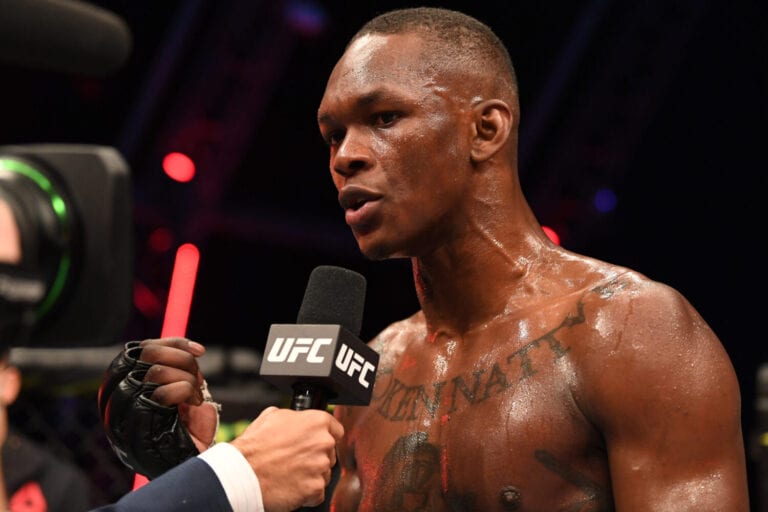 Israel Adesanya has said that Paulo Costa needs to “accept the fact he lost” in response to recent comments made by his UFC 253 opponent.

The Brazilian middleweight claimed that he was “hungover” on the night of his UFC middleweight title fight against Adesanya in September, having drank wine the night before to help him sleep.

Upon stepping into the Octagon, the 29-year-old was defeated by the Nigerian-born New Zealand fighter inside two rounds. It was his first professional loss.

Speaking on his YouTube channel, he explained: “I was a little drunk when I fought. Maybe I had a little hangover.

“It was my fault and I don’t blame anyone else for it. It was something I chose myself, but I had to sleep because I hadn’t done it in the last 24 hours.

“I drank wine. Lots of wine. A whole bottle of wine to fall asleep.”

He later took to Twitter and appeared to poke fun at his admission by stating: “Sober Costa is still undefeated”.

Addressing the comments made by Costa, Adesanya offered what can probably be considered as a pretty scathing assessment.

“There’s certain things I’ve done before some of my fights in the past where I learnt my mistakes, but I went in and got the job done.

“Some people aren’t cut out for that lifestyle.

“I’ll tell you one thing: the best thing to do in his position is accept the fact he lost,” he continued.

“He got his a** whooped. The fact that he keeps trying to make all these excuses, it’s only going to do him worse in the long run.”

When do Costa and Adesanya fight next?

Costa is set to return to action on April 17 when he takes on Robert Whittaker at UFC Fight Night 189.

The New Zealand-born Australian fighter is a former UFC middleweight champion, and is currently ranked #1 in the UFC men’s pound-for-pound rankings.

Meanwhile, Adesanya will step up in weight class when he next enters the Octagon, meeting Jan Blachowicz this Saturday at UFC 259, a fight which will see him challenge for the light-heavyweight championship.

Fancy winning yourself a copy of UFC 4? All you have to do is sign up to our newsletter.