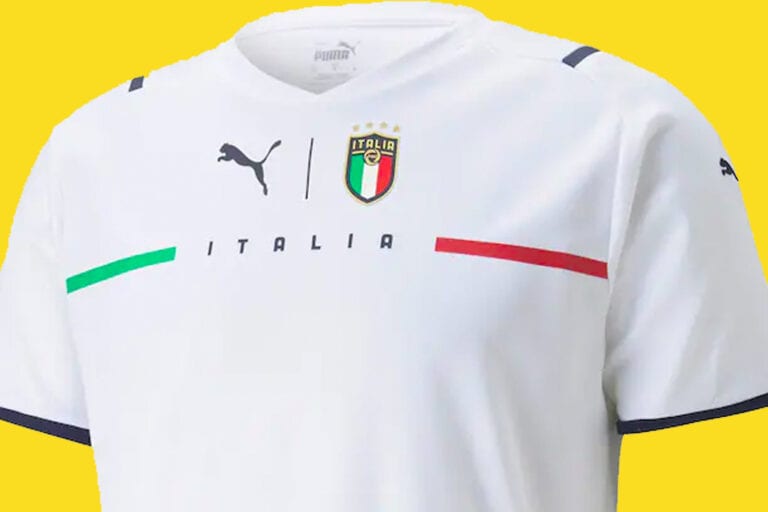 Puma have abandoned the recognised template for the new Italy away shirt, a certainly bold decision given the nation’s affinity with tradition.

The crisp new white number, which will be donned in this summer’s Euros, not only steps drastically away from what we’re used to seeing from the Azzurri, but away from modern shirt templates in general.

Emblazoned with ‘Italia’ across the chest, both the Puma and FIGC crest sit above, centralised on the shirt, standing out proudly from the blindingly white base.

Embossed throughout the shirt is the Italian crest, which is a lovely subtle touch which adds a little something extra to an otherwise simplistic design.

The shirt comes as part of Puma’s ‘Only See Great’ campaign, which celebrates the unique identity and national pride of Italy.

“The new Italy kit reimagines traditional kit design,” said Heiko Desens, Global Director Creative and Innovation. “Our aim was to create groundbreaking design that brings newness and energy. The kit celebrates Italy’s national pride, inspiring them to achieve greatness at this summer’s major championships. We want to continue to push the boundaries, and this is just the beginning of an exciting new direction for PUMA.”

You can grab the new Italy away shirt from Kitbag now.