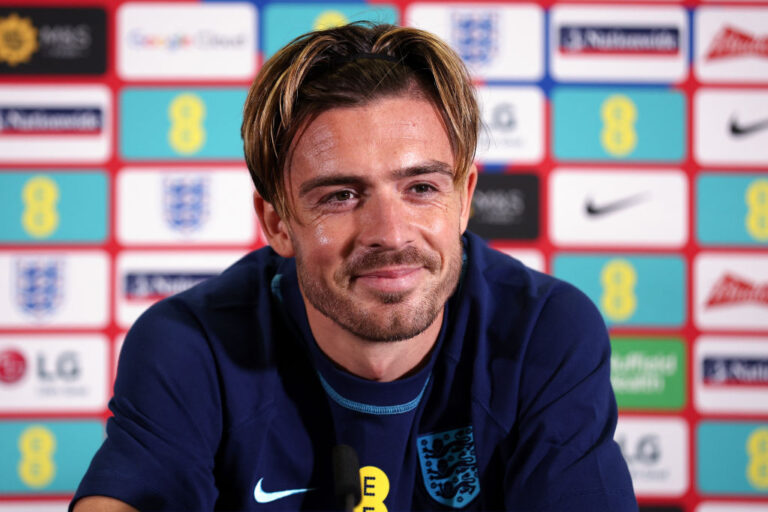 Jack Grealish has responded to Graeme Souness following criticism from the Scotland and Liverpool legend.

Earlier this week, Souness told talkSPORT that the Man City star is “a good footballer, but not a great player”. The England winger has been under scrutiny from the press ever since his £100 million move to Pep Guardiola‘s side in 2021.

“I understand why people think he is better than he actually is,” continued the critique. “Because he runs with the ball and gets you on the edge of your seat.”

Speaking ahead of England’s Nations League clash against Italy, the Man City star questioned Souness’ intent with his criticism.

“I don’t know what his problem is with me,” said Grealish, via Daily Mail. “He always says stuff about me.

“I try not to read a lot of it. It is difficult when he’s on Sky Sports, and it’s everywhere around the training ground at times. He was obviously a great player and won a lot. But I don’t know what it is with what he says about me or what problem he’s got.”

Grealish then defended his play style in light of the former Liverpool player’s critique.

“I know my own ability. I know before he used to say a lot of stuff about me not moving the ball quicker. But when I’m playing for a manager like Pep Guardiola, and he’s telling me to keep the ball as much as I can and have balls to take it everywhere – that’s what I’ll try to do.

“Obviously I am always going to have people [criticising] if I’m not playing well,” he added. “I always watch my games back and I am very critical of myself. I know there were games, especially in the second half of last season, where I wasn’t my best at all. I’ll always have people on the back of me, but I’ve just got to try to go and perform.”

The Man City man grabbed his first goal of the season during last week’s 3-0 win at Wolves. This ended a barren run of games without a goal, plus could be the emergence of some good form for Grealish with the World Cup so close.

However, his retort to Graeme Souness drew a response from the pundit, who discussed what Jack Grealish said with talkSPORT.

The former Scotland international made a point of saying that his criticism of Grealish was nothing personal.

“If I met Jack, I’m sure I’d really like Jack. I think he’s a cheeky chappy – I’d like to have a night out with him as well! But I just think the modern player doesn’t take criticism very well. I’ve had over 50 years in the game, so I think I’m entitled to an opinion.

The winger will look to avoid further distractions from pundits as he prepares for the upcoming games with the England squad. They face Italy in Milan tomorrow night as part of the Nations League tournament. Then, on Monday, the Three Lions host Germany at Wembley.