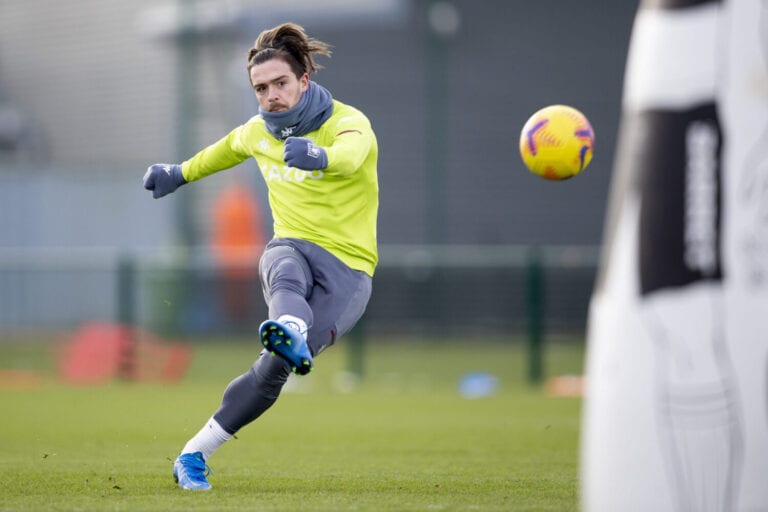 Aston Villa midfielder Jack Grealish has quipped that Manchester United do not need him – because they already have Bruno Fernandes.

Grealish was responding to a question from YouTuber Harry Pinero – who recently interviewed United left-back Luke Shaw – about the possibility of joining United in the summer.

He replied by simply stating: “You’ve got Bruno anyway!”

The midfielder was linked with United last summer, but the club were reportedly put off by Villa’s £80 million valuation.

After impressing in the last campaign with eight goals in 36 appearances as Villa narrowly escaped relegation on the final day, Grealish has again performed strongly for Dean Smith’s side this term.

He has scored six goals, and his record of 10 assists is only bettered by Tottenham’s Harry Kane (11).

Villa have lost two of the three games that Grealish has missed through injury this season.

Prior to the injury, the 25-year-old said that he endured three of his most difficult games against Brighton, Arsenal and West Ham.

He explained (via the Express & Star): “If I am honest the last three games have probably been the most difficult.

“Only because I feel, especially in the West Ham and Brighton games – and a little bit in the Arsenal game – the opposition teams are set up to stop me.

“But that is down to me. It is up to the good players to do something different.

“I’ve a good enough football brain to be able to adapt.”

What’s next for Grealish and Villa?

They currently sit in ninth place – six points off the top six – with a game in hand on sixth-placed West Ham.

Smith revealed that Grealish will not play against the West Midlands side but is close to a return – something that would no doubt be a big boost for the Villans.