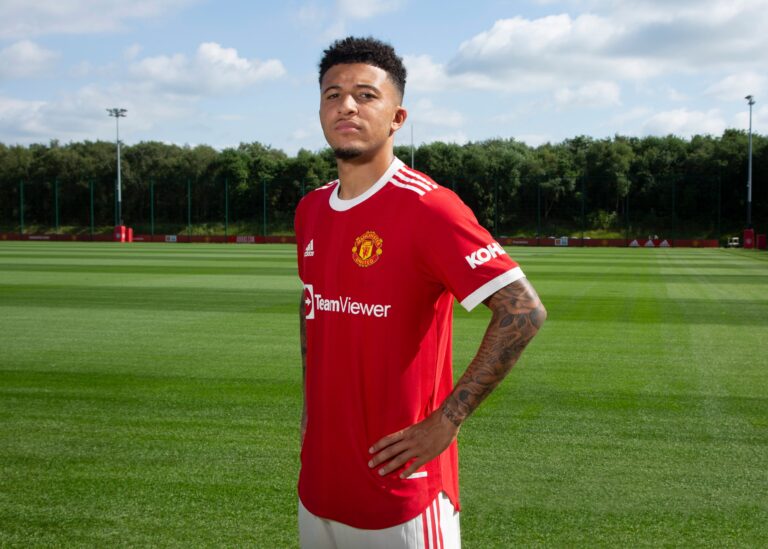 New Manchester United signing Jadon Sancho has explained the emotional significance of his tattoos during his first official interview as a United player.

His long-awaited move from Borussia Dortmund was officially confirmed last week, with the 21-year-old costing a fee of £73 million.

In his first interview, Sancho was asked about the inspiration behind his tattoos – one of which is a personal tribute to his little brother, who passed away when Sancho was in primary school.

Sancho explained: “This is my first one and the most meaningful one because my little brother passed away when he was younger.

“When I was in primary school, I wrote a poem that I read at the funeral, so this is definitely my most meaningful one.”

The poem he wrote was shared by the club, and read: “You and me will stay together, you made us happy, you brought us joy, you were a special baby boy.

“I couldn’t wait till you grew up, teach you football and win the cup. But you’re gone what can I do? Baby brother we love you.”

Explaining his other tattoos, he said: “The rest around it are birds, heaven, an angel, a butterfly, and then I have my sister’s and my brother’s initials.

He then pointed to his other arm, and added: “Here I kind of freestyled because I liked comics when I was younger.

“There’s Spiderman, Sonic, The Simpsons, they’re all there. I haven’t finished yet so there’s more to come.”

When could Sancho debut for United?

Sancho could make his competitive debut for United on August 14, when Ole Gunnar Solskjaer’s side take on Leeds at Old Trafford.

He could be joined in making a debut by Raphael Varane, after United agreed a fee with Real Madrid for the French defender last night.

The club are now closing in on a deal to bring the World Cup winner to the club, with Varane’s contract with Real expiring next summer.