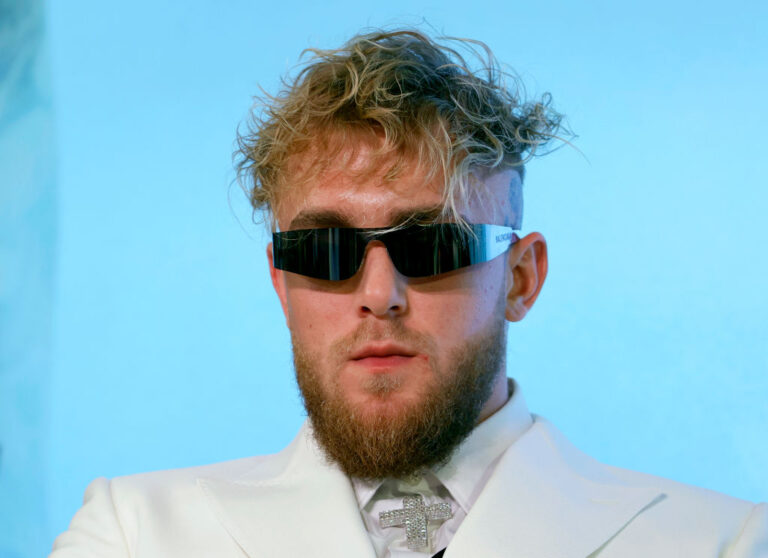 Jake Paul vs Tommy Fury is one of the biggest fights of the year, whether hardcore boxing fans like it or not.

There is a reason for that. Fury, joined by his elder brother Tyson and his father John, verbally sparred with Paul to promote their contest. At today’s press conference, the pair of social media icons produced an incredible war of words.

The YouTube star joined them via Zoom, and things quickly got out of hand.

Paul began to taunt his opponent, which angered John Fury.

He said: “You’re useless, I don’t know who’s blowing smoke up your ringer, but you’re rubbish with a capital R.”

The two then got involved in a slanging match, with John handing out some vile remarks towards Paul’s girlfriend. The following footage contains some strong and explicit language:

In response, Paul asked his opponent to ‘shut his b**ch*s up’, but that didn’t stop Big John from squaring up to the TV as if he was about to put his fist straight through it.

He boomed: “Have you ever seen an uglier man than that? I thought I was ugly, I need a bolt through my neck to look like Frankenstein, but he beats me 10-fold. Look at that jaw-line. I’d put you over my knee and slap you like a five-year-old.”

The American then began to spar with the master of the mind games, Tyson Fury.

The Gypsy King hasn’t been overly impressed with the Cleveland native’s smack talk.

He said: “Poor old Jake Paul is going to get severely knocked out. I’m waiting for this master of sales to do something.”

This puzzled the YouTuber, who believed this was contradictory to some of the heavyweight’s previous statements.

Paul questioned: “Just two months ago, you were saying that Jake is a breath of fresh air, so make up your mind.”

Fury often changes his perspective, and this situation was no different.

He responded: “That was two months ago, now I think you’re a w****r. I’ve been brought in to be abused by some f*****g p*****s. I would take the back of my hand to him, his brother, his entire family and his trainer ‘b**w j*b’ Flores. Listen, they’re not fighters, and when Tommy knocks him into next week, he’ll move on and knock his brother into next week as well.”

Finally, Paul’s opponent got the opportunity to strike fear into his American rival.

He said: “I don’t care what he says or does, because when he jumps through those ropes on December 18, and he realises that I’m not a YouTuber, and he gets hit with a nice sharp jab square in that big a**e f*****g jaw of his, he’ll be really backed up against those ropes.”

“He’s going to be thinking, ‘What have I signed myself up for here?’ I can guarantee in four or five rounds, it’s going to be ‘Oh, my shoulder’s gone, BJ pull me out’. Thank God you’ve taken the fight, mate. Thank you for giving me the lottery, I’m going to rob the bank, and I’m not going to go to jail for it. Don’t pull out, and I’ll see you and your long jaw on December 18.”

The press conference concluded with Tommy telling what he claimed to be a story from the night of Paul’s fight against Tyron Woodley.

He said: “I know he’s a p***y. I’ll tell you a little story. We fought on the same card, and I rocked up with four people to his after-party. I saw him cuddling his Mrs underneath the shelter, and what did he do? He didn’t come over and say jack s**t.”

“That’s why I know that he’s a p***y. He had to send a security man over to say, ‘Please leave’. So when he gets in there with me, he’ll be out in the first round because he can’t fight.”

Paul responded with a tale of his own, claiming that the Salfordian had asked him for a picture in 2017.

How did the media event end?

As per MMA Junkie, John Fury has claimed that his son’s opponent has refused VADA drug testing. This condition was just one of the alleged strange stipulations of the infamous contract that Tommy had to sign.

Watch the fight live on BT Sport Box Office in the early hours of December 19.