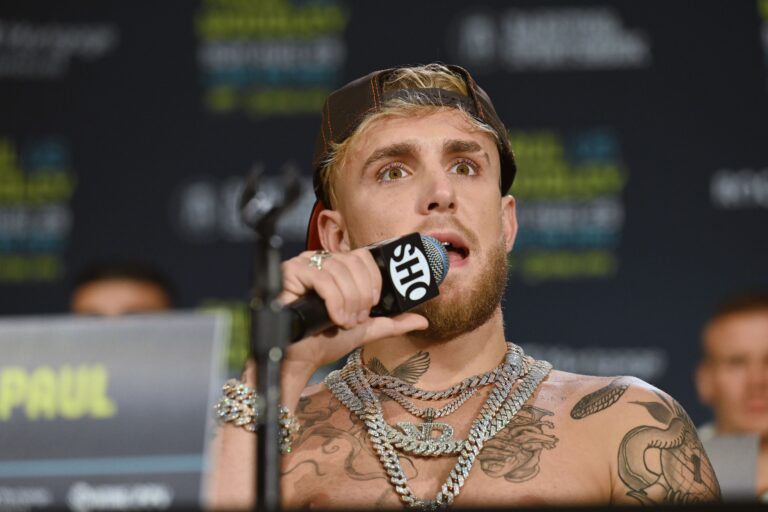 Tommy Fury and Jake Paul could be fighting for more than a purse when they face off in Florida on December 18, according to reports.

That’s because, as per The Independent, Paul has proposed a contract clause that would force Fury to legally change his name to ‘Tommy Fumbles’ within 24 hours if he loses the fight.

And that comes after Eddie Hearn claimed that the brother of Tyson Fury should “go to a desert island and just stays there” if he tastes defeat. Not too much pressure, then.

If he is victorious, though, the Love Island winner will reportedly gain an extra $500,000. That money would come directly from Paul’s purse as an “additional fighter bonus”.

Paul posted on social media that he would be “changing this w*****rs name to Tommy Fumbles and celebrating with Tom Brady” after the fight.

How did Paul and Fury agree to a fight?

Whether Fury has agreed to any of the above clauses remains to be seen. Although they seem silly, the animosity between these two is serious. The pair have exchanged plenty of verbal blows online over the past few months.

It started with Paul stating that “if Tyson Fury took a s**t it would be this little brother”.

Tommy responded by calling his future opponent a “Ken Barbie doll motherf*****” and a “massive p****”.

Things escalated from there through social media barbs directed back and forth.

Both men come into the fight with undefeated records at a professional level. Paul is 4-0, counting MMA stars Tyron Woodley and Ben Askren as opponents he has defeated. Fury, meanwhile, is 7-0. He defeated Anthony Taylor on the Paul v Woodley undercard back in August.

It’s safe to say that things are quickly hotting up as fight night approaches. Even when someone does come out on top, it’s likely we haven’t heard the last of this one.