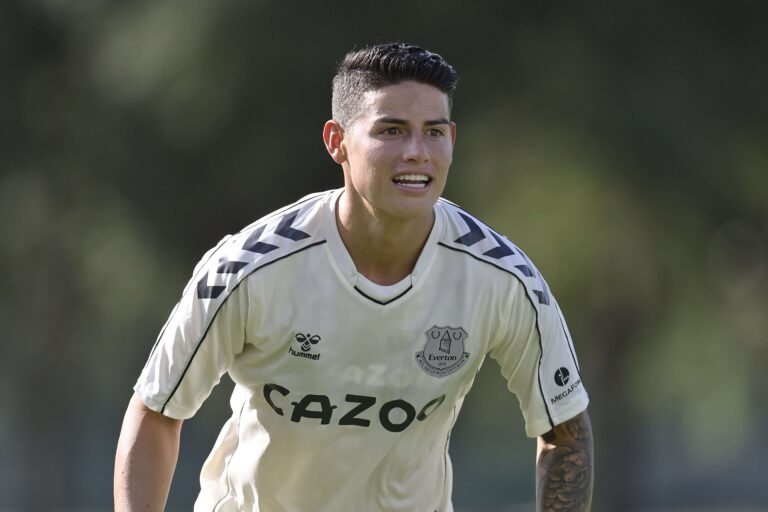 James Rodriguez has said that he “always tried to give his best” at Everton in a goodbye message to the club’s fans.

The Colombian international has departed the Toffees to join Qatari side Al Rayyan for an undisclosed fee.

He originally arrived at Goodison Park last summer after six years at Real Madrid, reuniting him with his former Real and Bayern Munich boss Carlo Ancelotti.

The 30-year-old had an excellent start to life on Merseyside, scoring three goals and providing four assists in his first six Premier League matches.

However, he featured less as the season went on, suffering a number of injuries.

The midfielder has yet to feature competitively for Everton since current boss Rafael Benitez took charge at the beginning of the season, and it has now been confirmed that he has left the club to move to Qatar.

Everton said on their official website: “James Rodriguez has left Everton to sign for Qatari club Al Rayyan for an undisclosed fee.

“The 30-year-old Colombian moves to the Middle East after 12 months at Goodison Park.

“Having joined from Real Madrid in September 2020, James made 26 appearances in all competitions for Everton last season, scoring six goals.”

“A pity not to have played in Goodison Park with you, it would have been very nice.

“I always tried to give my best and I always wanted to win, that is my mentality. I wish you all the best.”