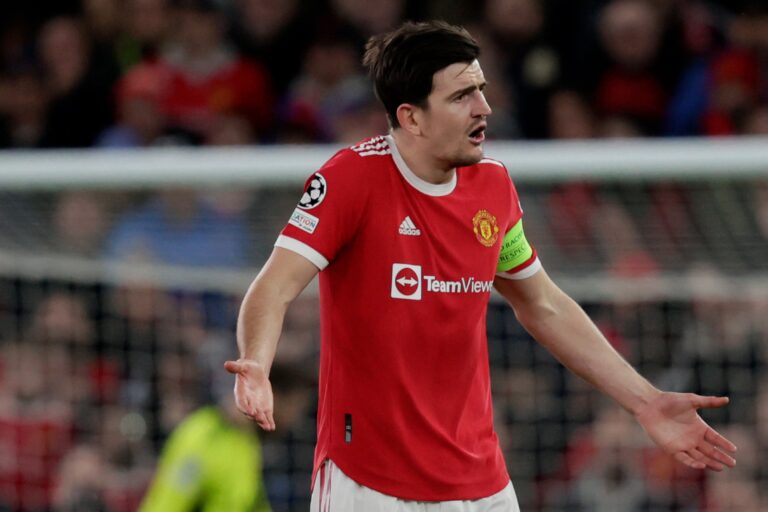 Jamie Carragher has pinpointed what he believes to be the biggest problem Harry Maguire is facing at Manchester United.

Pressure has grown on the 29-year-old centre-back in recent weeks. He is currently going through a spell of poor form at club level. His place in United’s starting XI is no longer guaranteed.

Maguire’s form is under heavy scrutiny by some United fans. There are also question marks over his suitability as club captain.

It is a far cry from last summer when he helped England to the Euro 2020 final. Throughout last season, he also put in many accomplished displays.

In addition, the injury that ruled him out of the Europa League final against Villarreal was seen as a critical factor behind United’s failure to lift the trophy. Ole Gunnar Solskjaer’s side looked like a poorer team in his absence.

However, things have gone from bad to worse for Maguire this term. The defender received boos from England fans before their friendly win over Ivory Coast on Tuesday.

After finishing England duty, Maguire will now return to Manchester United to complete the remainder of the Premier League season. As captain, Harry Maguire will be expected to lead the club towards a top-four charge. However, Jamie Carragher has pinpointed an issue he must overcome.

Writing in his column for the Daily Telegraph, Jamie Carragher has pinpointed the vital issue holding Harry Maguire back at Old Trafford.

Much of the debate surrounding Maguire is his position as captain and whether he can command a dressing room struggling for form and confidence on the pitch.

Carragher believes this has affected the England defender’s performances, but says other factors are to blame.

He explained: “Maguire’s difficulty in turning it around at Old Trafford is his lack of authority in the United dressing room.

“Since last summer, Maguire has been looking over his shoulder, amid a debate as to whether he or Cristiano Ronaldo should be captain. Rather than reassert his leadership, he has fallen short. That has affected his performances.

“Add to that the specific demands on the modern centre-half, and he has struggled. Elite coaches are determined to play a high-line defence. Whoever takes over at Old Trafford this summer will do likewise.

“That does not suit Maguire, especially as there is so much malfunctioning in the United team he is regularly exposed. This will be a problem for him going forward.

“It is easier for a centre-back to hide their weakness in a team that defends deep. At the highest level, that is tougher and Maguire has become the easy scapegoat for a catalogue of United problems.”