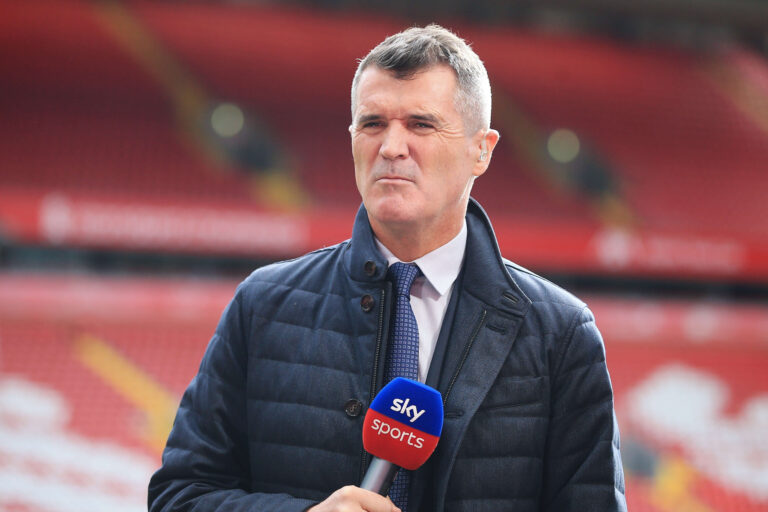 Former Manchester United captain Roy Keane believes that Gareth Southgate did not need to defend Harry Maguire after he was booed by England fans on Tuesday.

Maguire was targeted by some fans before England’s friendly against Ivory Coast. The 28-year-old played the full 90 minutes as they eased to a 3-0 victory. However, despite the assured performance of Southgate’s side, all focus was on Maguire after the game.

The England boss called the reaction from fans an “absolute joke” and “ludicrous”.

A number of England players also quickly jumped to Maguire’s defence. Harry Kane tweeted: “We’ve worked hard to rebuild our connection with England fans in the last few years, so to hear Harry Maguire booed at Wembley before kick-off was just not right.

“The fact that he’s been brilliant on the pitch and given us all so many great memories makes it even harder to understand. He doesn’t deserve that reception. He’s got full support in the changing room and should have the same from every England fan.”

Jordan Henderson, meanwhile, released a statement on Twitter condemning the boos that his team-mate received. He called the incident “just wrong”.

Declan Rice was another player who praised Maguire. He wrote: “Total embarrassment from whoever booed tonight. Harry Maguire has been incredible every single time he’s put on the England shirt.

“Absolute nonsense now it’s becoming. Back your own players. Especially with a major tournament coming up.”

Roy Keane was another who appeared to condemn the booing, stating that “England fans have a lot of idiots”.

The former United captain has been critical of the current holder of the club’s armband in recent years. In November, he called Maguire “embarrassing” after holding his hands to his ears after scoring in a friendly against Albania. At the same time, Keane also described him as “a disgrace for Man United over the last few months”.

This season, Maguire’s poor form for United has increasingly seen him become a target for criticism. His struggles are far from the impressive form that saw him help England to the Euro 2020 final last summer.

Speaking on ITV Sport after the incident, Keane downplayed the boos that Maguire received, and believes that Southgate made it a “bigger story than what it is”.

He explained: “Every player gets booed. There’s going to be idiots at football matches. England fans have got a lot of idiots.

“And if they’re going to boo Harry Maguire, I think Gareth could have easily said that it’s no big deal. He actually played well. Just focus on that. I think he’s made a bigger story than what it is.

“And Gareth is almost picking and choosing when to support players. Raheem Sterling had a bust-up two or three years ago. He was bombed out of the squad. He’s left other players out.

“I remember when Harry was sent off against Denmark. He didn’t really support him, I thought, when he was walking off the pitch. So I think Gareth’s made a bigger story than what it is. He played well! And he’ll get fans back on side by his performances, not by people reacting to a few boos on social media.”