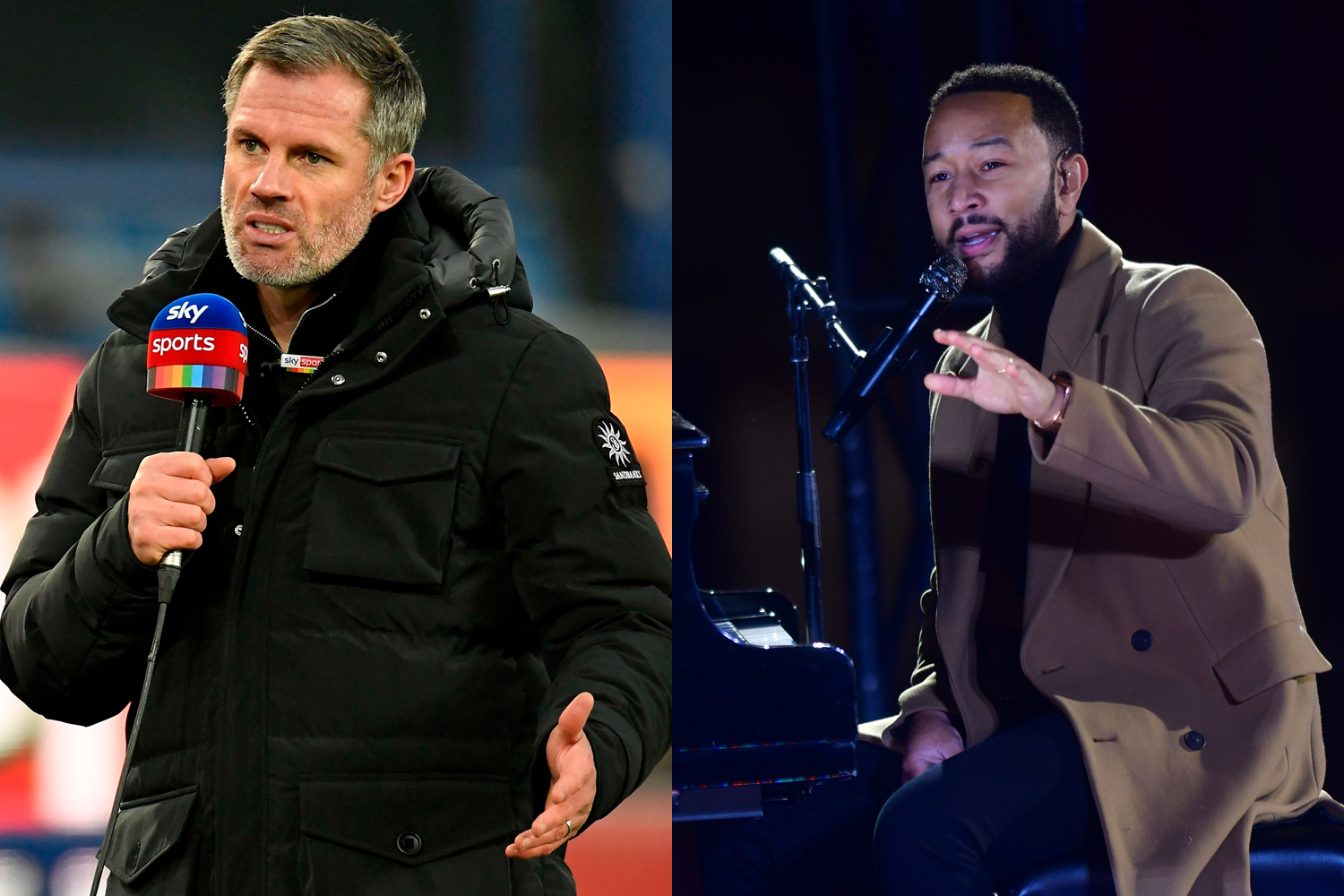 Jamie Carragher took a page out of Gary Neville’s sound effect playbook in the commentary box for Manchester City’s 4-1 victory over Liverpool at the weekend.

As Liverpool endured one of their many defensive uncertainties on the evening, Carragher blurted out a prolonged worried groan, which was quickly picked up on by all corners of Football Twitter.

Gary Neville even joked that he wanted to noise as his ring tone, with Soccer AM doing the legwork to make it happen.

Hey @GNev2, you said you wanted @Carra23's yelp as your ringtone ?

We've got you covered ? pic.twitter.com/XjZSs7O5Mj

As is usually the case, things didn’t stop there either.

Over on TikTok, Ollie_hughesss created this gem which dubbed Carragher’s outburst over John Legend’s hit track All of Me.

Clearly a fan, the former Liverpool defender shared the clip on Twitter.

While admittedly very good, Carragher still has a long way to go to match the notoriety of his Sky Sports’ co-host when it comes to these kinds of noises.

Neville’s now-famous “ooo” (which started life as that reaction to Fernando Torres’ last-minute winner against Barcelona in the Champions League) has become something of a staple in his commentary arsenal, so much so that someone actually took the time to rank all of the times he came out with it during coverage.

6/10. The length is there, but quite monotone. pic.twitter.com/EfuqNFpjUZ