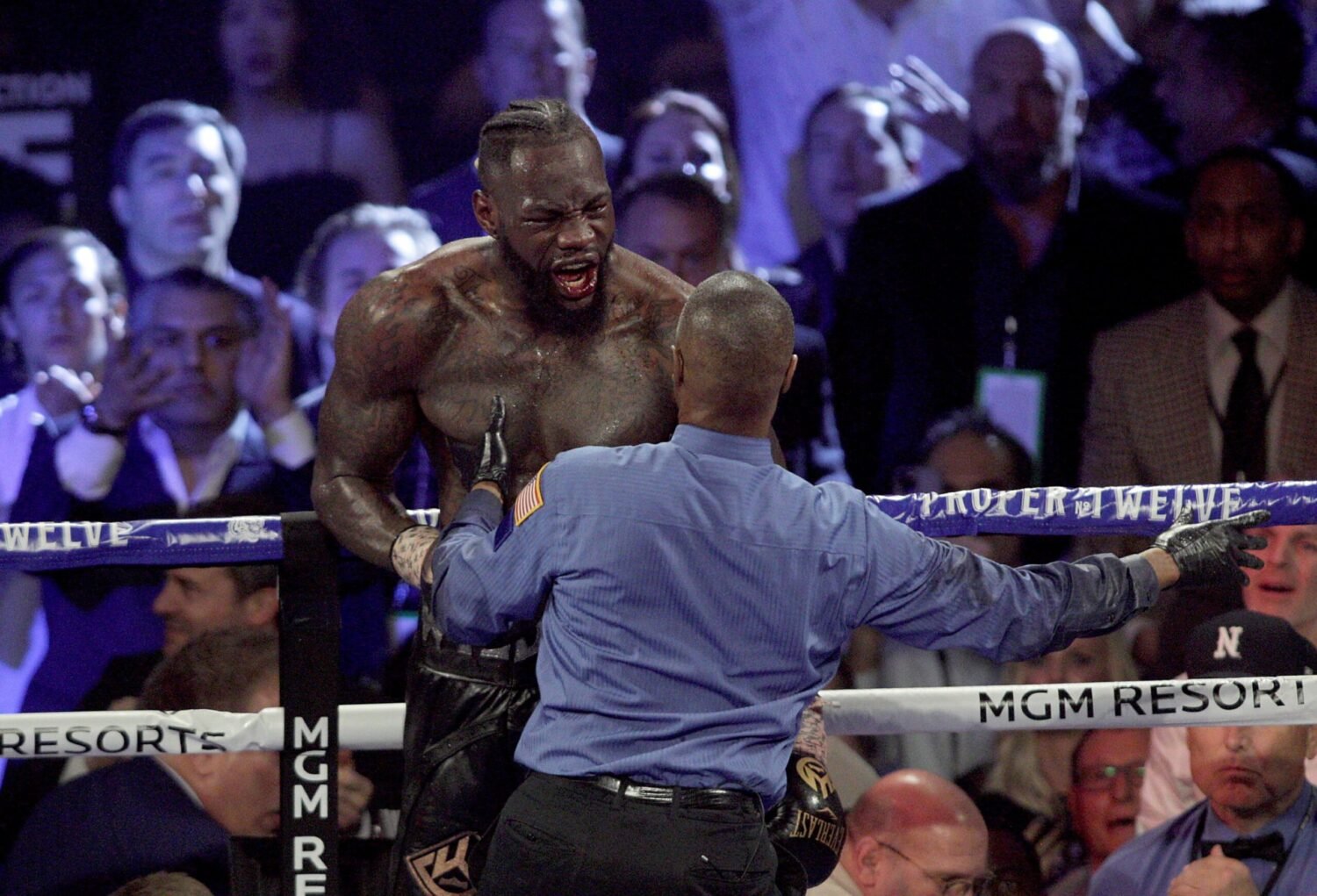 Deontay Wilder has continued his war of words with former coach Mark Breland.

After throwing in the towel during Wilder’s rematch with Tyson Fury, ‘The Bronze Bomber’ parted ways with Breland, and has since hit out at his ex-coach on multiple occasions.

Following his loss to Fury, Wilder had reeled off a number of excuses, which included suggesting that Breland had spiked his water before the fight.

Breland reignited the feud last week, criticising Wilder and claiming the fighter was finished in an interview with The Fight is Right.

Wilder has now fired back at those comments in an interview with 78SPORTSTV.

“Because I had this man around me for so long. I had him around my family, my kids. I fed this dude.

“Even when many people thought I outgrew him, many wanted me to fire him but I kept him on board.

“To hear all these things that he’s saying, it’s crazy.”

“He should have been gone a long time ago, but because of the love that I had…

“Even after the fact of all the medical issues that he has personally going on with himself, I still kept him around.

“For him to betray me and say crazy stuff, it is hurtful only for the simple fact of how close we had him around family.

“He knows what type of person I am. I bless people, I look out for people…

“For it to be deeper embedded in him to feel a certain type of way, it’s like, where is it all coming from?

“Is it because of where I am in life and your career was short? It could be a jealousy thing.

“I can’t understand where it’s coming from, it’s just crazy.”

Despite Breland insisting he didn’t even have the water for the rematch, Wilder also doubled down on the accusations that the coach had tampered with it.

“His energy said it all in the first fight, and in the second fight it followed.

“You can’t break a king. When you a king, you a king. A king knows how to get back up, dust himself off and continue to lead.

“Because he understands that he has people that’s on the outside as well as the inside waiting on you to, ‘Get up king and continue to lead us because we’re still gonna follow.’

Wilder had been scheduled to face Fury again in a trilogy match, though it looks increasingly likely that ‘The Gypsy King”s attention is directed firmly towards a much-anticipated showdown with Anthony Joshua.