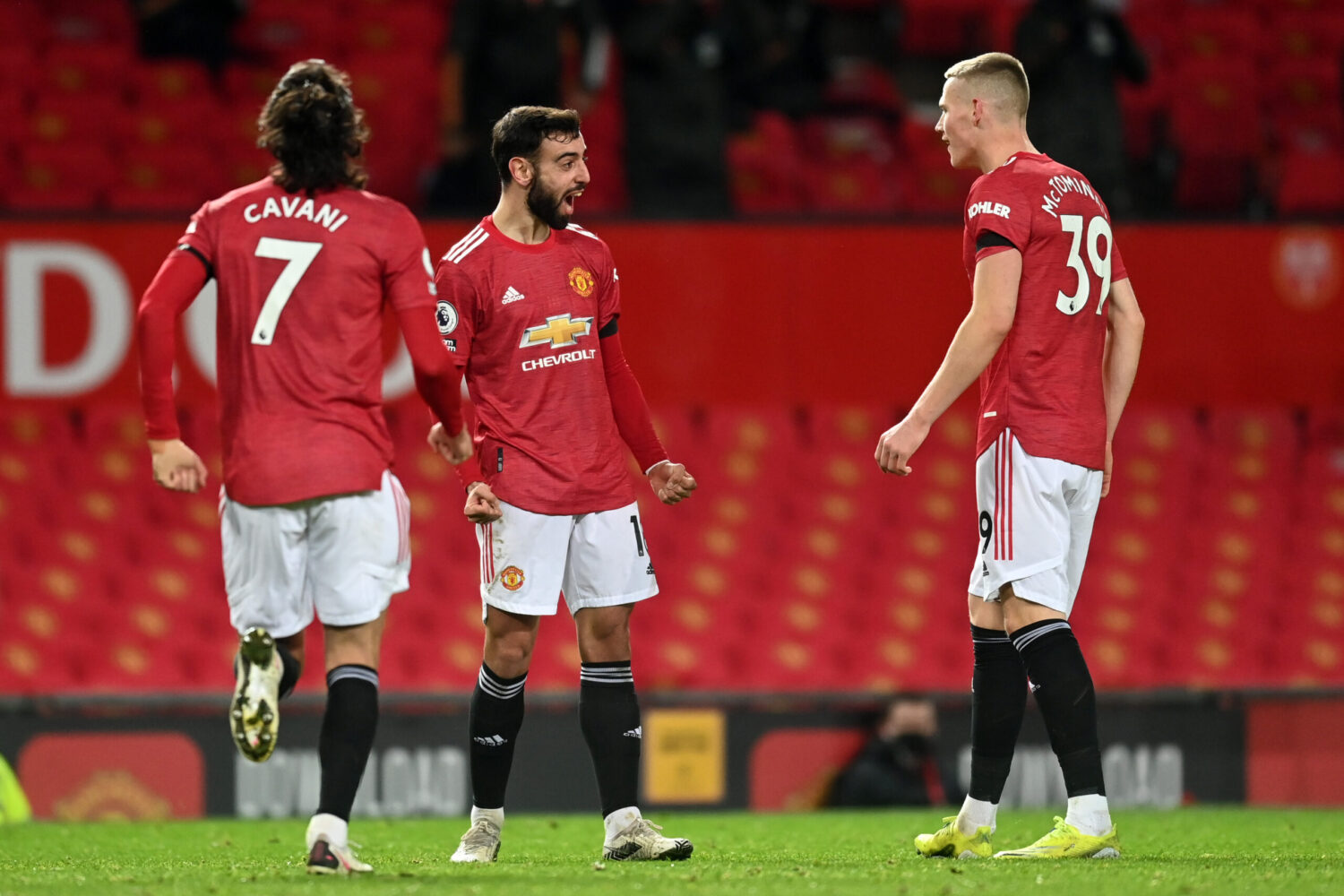 It had been a frustrating game for Ole Gunnar Solskjaer’s side, who found themselves unable to unpick a solid West Ham defence.

However McTominay eventually broke the deadlock after coming off the bench, netting for his third successive game.

As he wheeled away in celebration, teammates Bruno Fernandes and Rashford joined him, Rashford complimenting the midfielder on a “brilliant” finish.

Bruno on the other hand jokingly blasted McTominay claiming “that ball was for me, motherf*****”.

Fernandes to Mctominay after his goal: “Hey, the ball was for me M*therF***er” ??

It’s not the first time Fernandes has celebrated with his teammates in unorthodox fashion. After McTominay’s long-range effort against Southampton, the Portuguese talisman kicked him as he ran past to celebrate.

Bruno kicking Scott after his goal against Southampton ?

Great to see the relationship between the players ???pic.twitter.com/KaSDW7pKjo

Both men have been undoubted standouts for United this season, with the Scot proving himself to be the go-to for games against tough opposition.