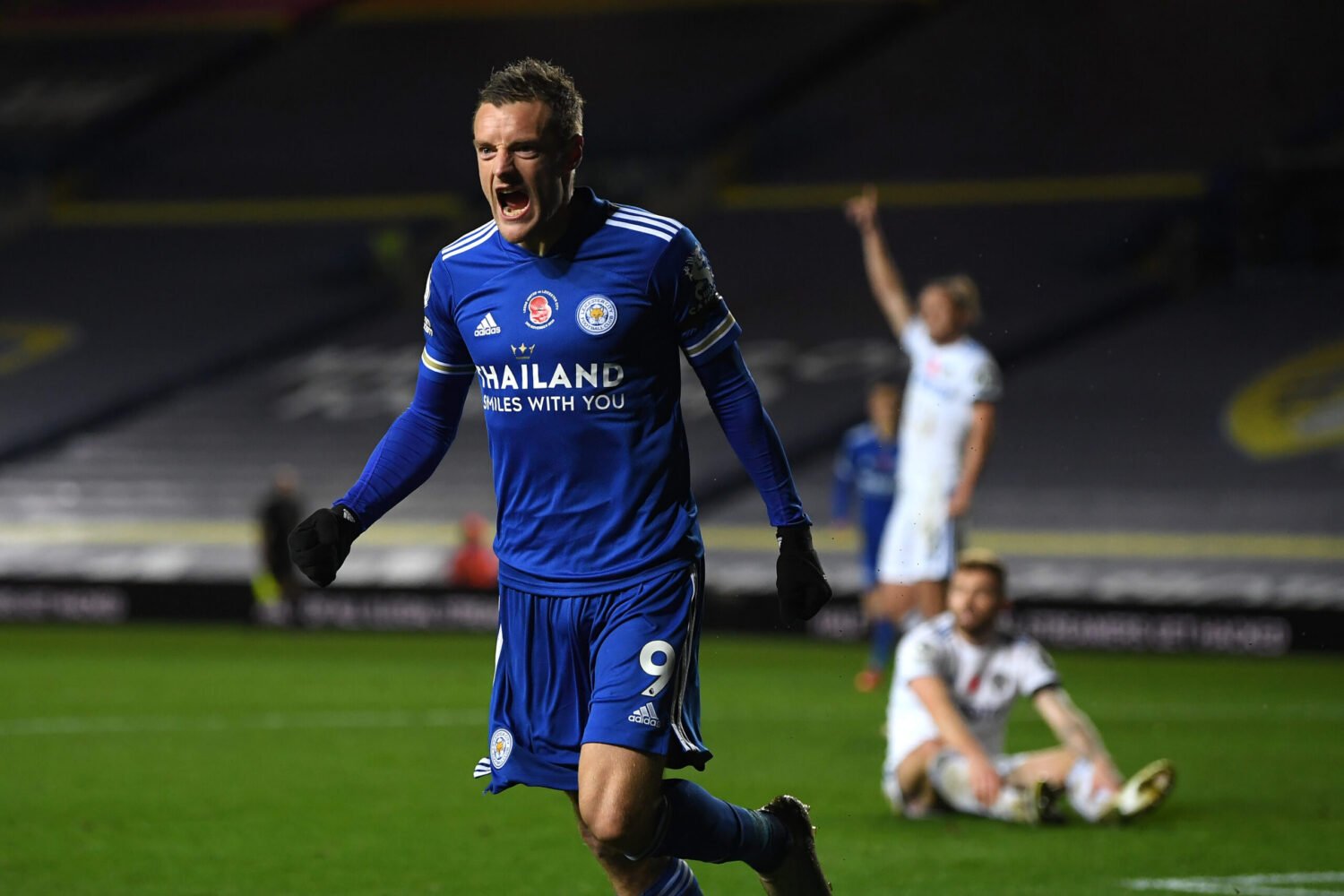 Jamie Vardy has only needed six seasons (and a little bit) to smash past Ryan Giggs’ Premier League goal tally.

In Leicester’s mauling of Leeds on Monday night, the 33-year-old was among one of the scorers, tapping in the Foxes’ third after Cengiz Under’s sublime pass found him inside the box, making the veteran striker’s tally for the Premier League this season seven goals in just six games.

But more key is the fact that this goal, his 110th in the league, means he’s shot past Giggs’ record – as well as another bunch of Premier League legends.

Vardy has now scored more league goals than Eric Cantona, Cristiano Ronaldo, Eden Hazard, and Didier Drogba. Not bad for a player who was sticking them away for Fleetwood Town during his mid-twenties.

Like a fine wine, it appears the Sheffield-born attacker growing better with age. In fact, he became the oldest ever Premier League Golden Boot winner last season, while he turns 34 in January. Vardy is still on the ascension, not yet hitting that dip that players usually hit in their thirties.

Micah Richards said about the forward on BBC Five Live after Leicester’s 4-1 win at Elland Road, detailing just how extraordinary the Vardy’s physicality and athleticism is: “I remember playing against him for Aston Villa and in the first half, I absolutely bossed him.

“I was stronger than him and I gave myself a pat on the back.

“In the second half, he has as much energy. Defenders don’t know how to play against him. No-one can do that.”

Leicester are now in second place in the Premier League, just a single point off leaders Liverpool. With the campaign so wide open, could the Foxes make for another shock title challenge? With Vardy hitting such numbers, you would not put it past them.

Vardy, meanwhile, still lags behind Dominic Calvert-Lewin and Son Heung-Min on this season’s Premier League Top Scorers charts (both on eight) – but his record of netting a goal every 67 minutes is the best in the league, as is his shot conversion rate (64%) and his shot accuracy (82%).