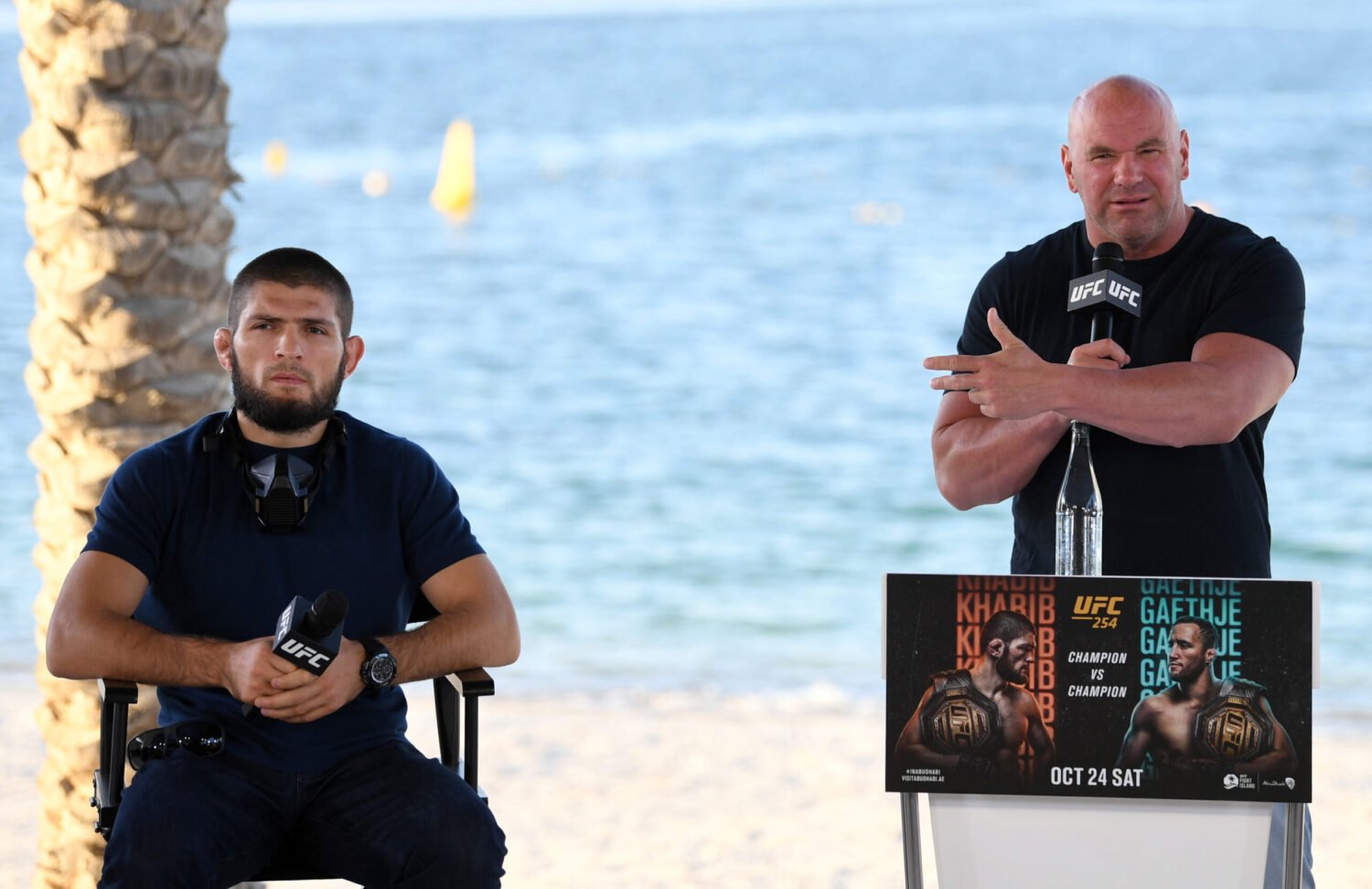 Dana White has shocked UFC fans by admitting that he has held talks with Khabib Nurmagomedov about the star making a return to the Octagon.

Fighting fans were sent to utopia when White said he believed the Russian fighter , whose record stands at 29 wins without a defeat, would make a comeback, to secure a tally of 30-0. Nothing like getting those round numbers, eh?

White admitted that he had no idea that the fighter planned to retire after beating Justin Gaethje at UFC 254.  Speaking to CBS Sports Radio, he said: “Nobody knew. Not even his coach. Nobody knew.

“I wasn’t [processing it]. I was sitting there going ‘Oh my God, you’ve got to be kidding me.

“But I’ll tell you this, and I haven’t told anybody this, Khabib and I have been talking. He was completely emotional that night when he got through that fight.

The fighter made the decision not to continue fighting without his father, Abdulmanap Nurmagomedov, in his corner, after he died earlier this year at 57 years old due to complications from COVID.

But the UFC president has high hopes that a return could be on the cards for the 32-year-old.

The decision to leave the sport even shocked UFC legend Georges St-Pierre, who expressed his surprise after the contest.

“I was not expecting that at all,” he said after Nurmagomedov’s fight.

Whether he will make a return remains to be seen, but there’s no denying that even if he didn’t, his will still go down as one of the best to ever step foot inside the Octagon.

The fighter’s ability had even the typically, let’s say ‘proud’, Conor McGregor to recently show his admiration and respect for him on social media.