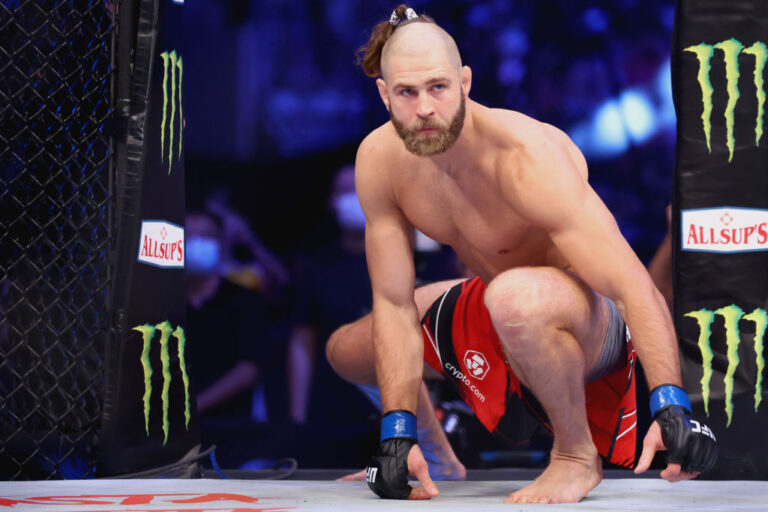 UFC star Jiri Prochazka recently announced the devastating news that he will be vacating the light heavyweight belt after picking up a serious shoulder injury.

The Czech fighter was preparing to defend his title against Glover Teixeira at UFC 282 in December. Unfortunately, Prochazka endured a “severe orthopaedic” injury to his shoulder, per CBS Sports. This fight is now cancelled, meaning that Dana White has had to find a replacement headline bout.

“It’s really f*****g bad,” said the UFC President, via Fox Sports. “This is the worst shoulder injury the doctors have seen in UFC history.”

As a result of his shoulder issues, Prochazka has vacated his belt without even having the chance to defend it.

The 30-year-old first claimed the light heavyweight belt at UFC 275. Following a back-and-forth battle, Prochazka managed to win late in the fifth round via a rear-naked choke. His title-winning fight over Teixeira was the Czech’s thirteenth-consecutive victory – truly the pinnacle of a fantastic rise.

But sadly, the light heavyweight champ has suffered a significant setback.

Prochazka took to social media to officially give fans an update on his health and fight status.

“I am very disappointed to announce that I will not be defending my belt at UFC 282,” wrote Prochazka on Instagram. “I was injured in training while finishing my preparation for my title defence. Surgery is required on my injured shoulder which will put me out of action for at least six months.

“After consulting with UFC management, I have decided that due to this time constraint I will not hold the light heavyweight division. I will vacate the title.”

Following the disappointing announcement, the Czech fighter was defiant that he will be back to claim the belt back.

“I will go for the UFC belt as soon as the doctors give me the green light,” he stated. “I’m going for the belt and I’m going to get it no matter who currently holds it. It’s always been the most important thing for me to put on the best performance and compare myself to the best.

“Let the best show, no matter who’s there now. I’ll be back in six months and I’ll take the title [from] whoever holds it.”

Finally, in an added touch of class, he apologized to fans and family for the short-notice cancellation. He also sent apologies to his intended opponent at UFC 282, Glover Teixeira.

The UFC have hastily organised a new headline event in response to the cancellation. But who is now fighting?

Per UFC’s website, the new headline bout is Jan Blachowicz vs Magomed Ankalaev. The pair of light heavyweights will do battle for their division’s belt.

Now, some may be surprised to learn that Glover Teixeira, Prochazka’s opponent, is not still on the card. But the Brazilian pulled out of UFC 282, declining to fight Ankalaev in Prochazka’s place.

So, neither Glover Teixeira nor Jiri Prochazka will fight in December’s event.

Elsewhere on the slate, though, there is a lot of British interest. Paddy Pimblett is on the main card, facing off against US lightweight Jared Gordon. Additionally, Darren Till will also be in action, taking on Dricus du Plessis during the prelims.