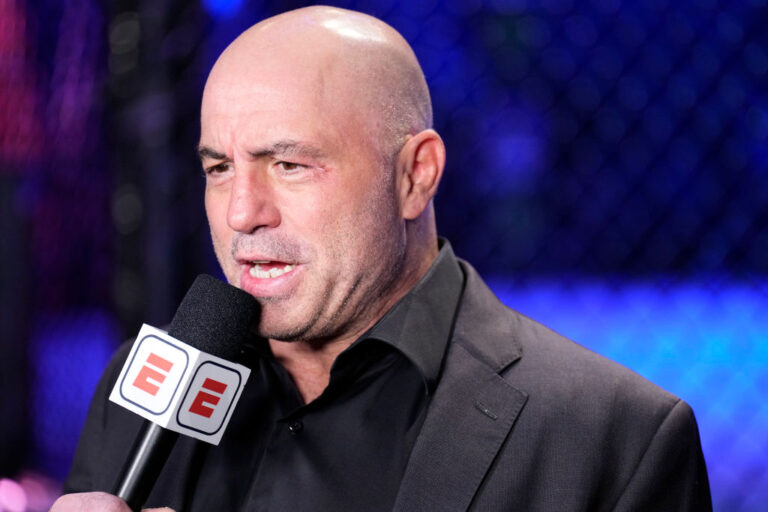 Joe Rogan has claimed that Charles Oliveira was ‘screwed’ after losing his belt due to missing weight ahead of his fight against Justin Gaethje.

On May 6, the Brazilian failed to make the 155-pound limit by 0.5 pounds. But despite being given an extra hour, he still couldn’t shift the weight. This resulted in the UFC stripping him of the belt he worked so hard to gain.

However, despite the circumstances, he still produced a sensational performance. He entered the cage like a man possessed and overwhelmed his American adversary with relentless pressure. Oliveria instantly put Gaethje on the back foot and hurt him with a right hand.

He looked en route to a straightforward victory before a beautiful shot from the challenger put him on his back. But similarly to his last two outings, hitting the canvas did anything but deter his spirits. He rose like a phoenix from the ashes and dropped Gaethje with a thunderous right hand. Oliveira then dived on his opponent, took his back, and submitted him via Rear Naked Choke.

But despite the statement finish, he’s only come out of this as the number one contender. However, the company’s most popular commentator doesn’t believe that’s fair.

During a recent edition of ‘The Joe Rogan Experience,’ the famous podcaster explained why ‘De Bronx’ didn’t deserve to lose his championship.

The 54-year-old said: “He’s a very, very nice guy, and he got screwed in his last fight. There were some shenanigans with the scale. Some people had messed with the scale. Here’s a problem with these digital scales: Foreign fighters, they use kilograms, and in America, obviously we use pounds.”

He continued: “These scales are calibrated, and then the foreign fighters would reset the scale so they could switch it back to kilograms. So it f*cks up the whole calibration. He weighed in the night before the weigh-ins, and he was like, ‘Oh, I’m good to go.’ And then in the morning, he goes and shows up for the weight cut, and it’s a pound plus off, and that is directly related to this calibration thing.”

Due to the controversy, Dana White has announced that the promotion will have security monitoring the scales very closely in the future.

Rogan has a passion for speaking up for what he believes in. The stand-up comedian regularly discusses topics that aren’t highlighted in mainstream media, and recently he argued with CNN’s lead medical correspondent, Dr Sanjay Gupta.

After the news outlet claimed the commentator had used horse dewormer to treat symptoms of Covid-19, Rogan claimed this wasn’t true.

He said: “Why would you say that when you’re talking about a drug that has been given out to billions and billions of people? … Why would they lie and say that’s a horse dewormer?”