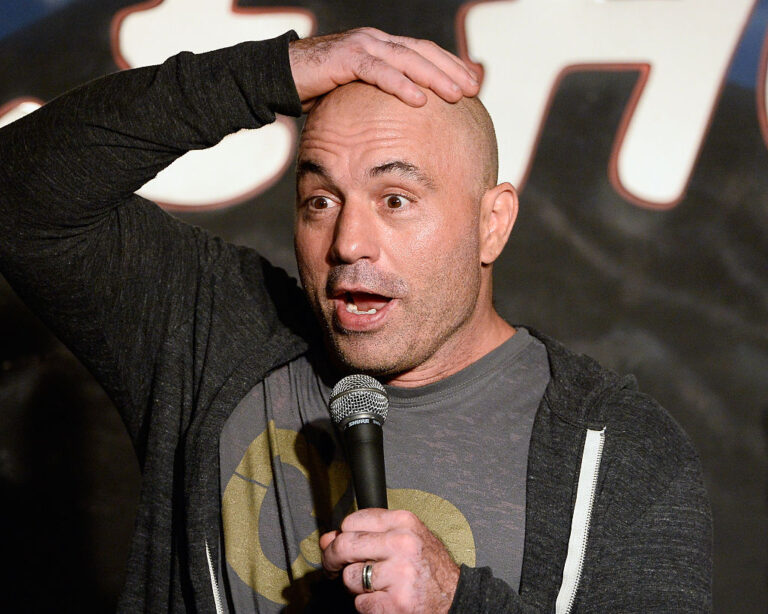 Joe Rogan is always one to give credit where it’s due, and in the aftermath of Wrestlemania, he’s lavished Logan Paul with praise for his performance.

Throughout his rapid rise to fame, the notorious YouTuber has become one of the most controversial figures in America.

Although he’s amassed a whopping 23.4 million subscribers, there are still plenty of people out there who just can’t take to him. But regardless of what they think of ‘The Maverick,’ they had to begrudgingly pay him respect for his stunning performance at the most significant event in the wrestling calendar.

At Wrestlemania 38, Paul joined forces with The Miz to take on Rey Mysterio and his son Dominik Mysterio. The WWE Universe assumed that the former high school wrestler would produce a decent performance, but they weren’t expecting anything special. Then they received the shock of a lifetime.

It turned out that the 27-year-old had serious ability.

He beautifully executed the three amigos – a move made famous by Mysterio’s friend Eddie Guerrero – before showboating to the crowd and landing a sensational frog splash to finish the younger of his two opponents off. His fantastic debut has received critical acclaim from experts around the globe. Even one of America’s most popular podcasters has chimed in to give the social media icon credit.

During a recent edition of ‘The Joe Rogan Experience’, the subject of Paul came up, and the UFC commentator revealed that he respects the YouTuber.

Rogan said: “He could do anything, he’s done a lot of s**t, man. You’ve got to give the guy props. He’s not lazy. He fought Floyd Mayweather in a boxing match. I don’t care whether he’s 50-pounds heavier. It’s still Floyd f***ing Mayweather.”

He then watched a highlight package of the YouTuber’s performance – which he had yet to see – and it blew him away.

The 54-year-old commented: “Damn, he’s a f***ing athlete, look at that flexibility. I had no idea he was that flexible. That’s insane, that’s crazy, wow. Him and his brother are f***ing animals. What they’ve been able to do is incredible.”

What will Logan Paul do next?

It’s clear that the American is a natural-born wrestler, and it looks like the WWE Universe will be seeing a lot more of him. After his victory, his partner, The Miz, attacked him and left him flat on the canvas via a brutal ‘skull-crushing finale’.

The shocking betrayal is clearly leading to a future storyline. But despite being one of the most detested men on YouTube, Vince McMahon intends on building him as a babyface. We can’t wait to see how that works out.

Read: Logan Paul had a special clause put into his WWE contract.