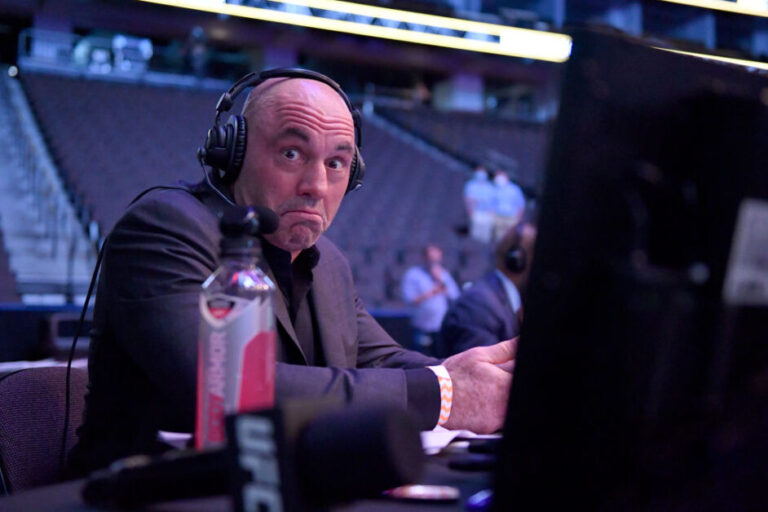 Joe Rogan is one of the most successful podcasters in history, but just how big a net worth has he accumulated over his fabulous career?

The multi-talented 54-year-old has well and truly triumphed in life. Throughout his career, he’s managed to excel in a variety of different fields.

He has several stand-up specials on Netflix, commentates for the UFC, and created the most popular podcast on Earth.

So with all his ventures considered, we’ve taken a look at the astronomical amount of money he’s accumulated in his professional life.

The net worth of Joe Rogan

According to Celebrity Net Worth, the American’s valuation currently stands at a whopping $100million.

As per The Talking Moose, the voice of the UFC receives $5000 for every fight that he covers. He also gets an additional $50,000 from PPV revenue, giving him a yearly $550,000. However, the company doesn’t report any bonuses that they provide to their beloved pundit. Therefore, he could be earning significantly more.

Not bad for twelve nights work a year.

The stand-up comedian has achieved so much in so many different areas. But the work he has done on his podcast, ‘The Joe Rogan Experience’, might be the most impressive of the lot.

When the taekwondo black belt began indulging in the little known art of ‘podcasting’, nobody knew how lucrative the endeavour could become. But year upon year, the show grew at an exponential rate.

By 2020, he was recording several episodes a week. The esteemed broadcaster would talk to interesting personalities from entirely different walks of life. It didn’t matter whether they were fighters, musicians, politicians or scientists.

The experienced host set them at ease and interviewed them in a candid manner that engaged millions of listeners from all over the globe.

He was generating an incredible $20-30 million a year off his own back.

When Spotify realised the value he could bring to their platform, the audio giants made him an offer he couldn’t refuse.

According to Business Insider, the innovator signed a massive $100 million deal with the company in what was a revolutionary moment for the podcasting industry.

Rogan has inspired a new wave of broadcasters from all over the planet. True Geordie, for example, only decided to create his show because his hero had motivated him.

What Rogan has accomplished is nothing short of sensational, and it looks pretty likely that’s there’s still more to come.