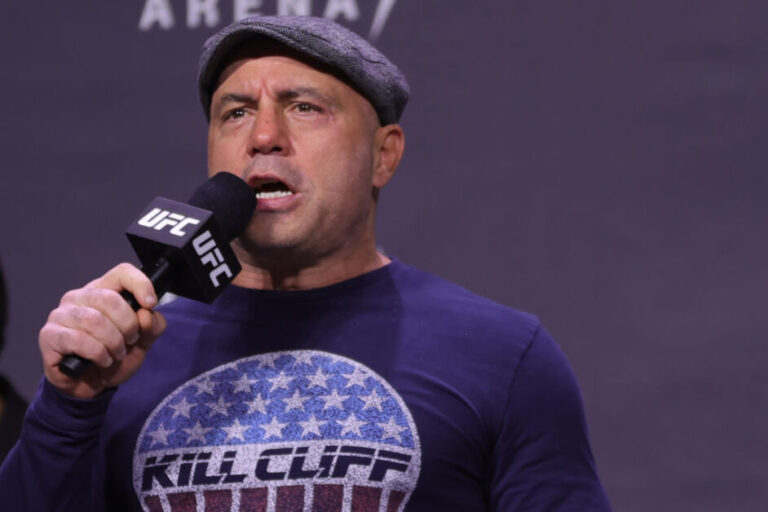 Joe Rogan has slammed Amanda Nunes on his podcast following her shock loss to Julianna Pena at UFC 269.

The American has commented on what was one of the biggest upsets in UFC history. He couldn’t believe his eyes as the greatest female fighter of all time was defeated in front of the entire world.

Read: Knockouts and leg breaks: Five of the craziest UFC moments of 2021

The Brazilian had dominated nearly everyone she’d faced since winning the bantamweight world title in 2016. Her outrageous punching power and elite-level skillset elevated her to a level that no other woman could match up to.

It seemed almost a foregone conclusion that she would bypass Pena with relative ease. But the underdog didn’t read the script.

The American endured a tough opening round, but she took complete control as soon as the second segment started. Pena began blasting Nunes with a series of power shots, leaving the future Hall of Famer rocked to her core.

However, many expected this to be a flash in the pan. Simply a little bit of adversity for Nunes to overcome. But the challenger didn’t stop.

The 32-year-old took the former champion down before she began to look for the submission. Pena wrapped her arms around the Brazilian to perform a chokehold, desperately trying to force her to give in. The commentary team couldn’t believe it. They were about to witness one of the great upsets in the sport’s history. And then it happened. Nunes tapped.

The result is unequivocally one of the biggest shocks that fight fans have ever seen. But UFC pundit Rogan believes that ‘The Lioness’ has some explaining to do.

What did Joe Rogan say?

The podcaster was less than impressed by the Brazilian’s display. Whilst speaking to Marlon ‘Chito’ Vera on an episode of ‘The Joe Rogan Experience‘, he explained why he believed there were no valid excuses for one area of her poor performance.

The 54-year-old stressed: “She was swinging for the fences trying to take Pena out quick, and when she was still there, you could tell Nunes was f****g tired. For you to be a world champion in two divisions and universally recognised as the greatest of all time, it’s unexcusable to be that fatigued in the second round.

“Amanda was just standing in front of her, swinging with no movement side to side. It was like watching a regional fight.”

He then accused Nunes of something that no fighter ever wants to hear.

“Julianna made her quit. The way she gave up was crazy. The choke wasn’t on at all. Nunes was exhausted. She quit,” he claimed.

“That’s what Julianna said in the lead up to the fight. She said that she’d take Amanda back to when she was younger when she would give up in fights. Nunes used to get exhausted and lose her way.”

Where does Amanda Nunes go next?

Her reign of terror may finally be over, but fans certainly aren’t ruling Amanda Nunes out yet. She has bounced back from losses in the past, and history could well repeat itself. However, at the age of 33, the Brazilian is potentially coming down the mountain. She’s become a mother, and with little left to achieve, a lack of motivation could be the issue.

But for now, there’s a new champion in the 135-pound division. We don’t know how long Pena will keep hold of the belt or if she’ll even be able to win a rematch with Nunes. We’ll have to wait and see as to whether she can pull it off again when the pair eventually meet in what will be a mega-fight.

Few athletes genuinely love going through the fire. The likes of Michael Bisping and Justin Gaethje are hard to find. But if Nunes wants to reclaim her title, she’ll need to be willing to go to darker places than she ever has before.