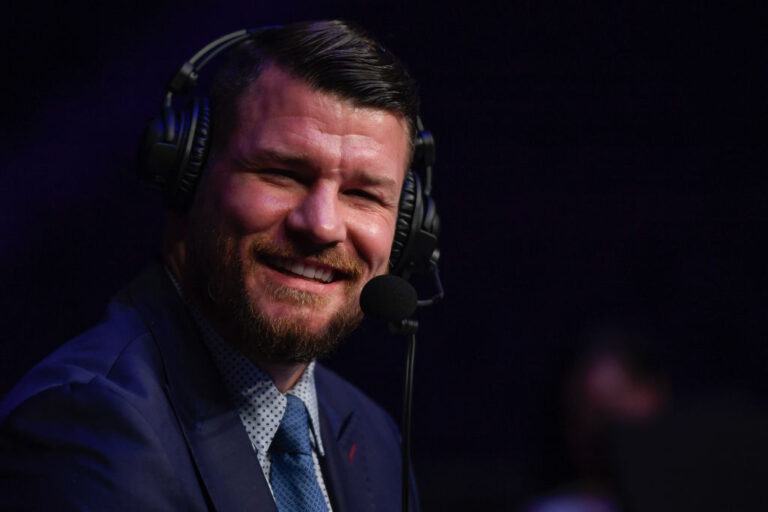 Tyron Woodley is only a week away from his eagerly-anticipated rematch with Jake Paul. However, his fellow martial artist, Michael Bisping, has some concerns.

The former UFC star is a personal friend of Paul’s new opponent, but that hasn’t stopped him from giving his unfiltered opinion.

Following the withdrawal of Tommy Fury due to a bacterial chest infection and a broken rib, Paul required a new combatant. However, it didn’t take the ex-Disney presenter long to find a suitable replacement.

His rival Woodley accepted the fight and has begun preparations for the December 18 date. But Bisping fears that the short notice nature of the contest will be detrimental to the ‘Chosen One’ on the night.

What did he say?

He said: “I follow Tyron on Instagram, and he’s a friend of mine. He has been training. I’ve seen him hitting the pads and trash-talking about Jake Paul. However, there’s a difference between just ticking over and training for a fight properly. Is he getting out of bed and killing himself?”

“I fear even with the extra incentive of half a million dollars, there still won’t be much difference. On the flip side, Jake Paul is pushing himself. He’s getting better as a boxer. Therefore, he’ll be the one in a better physical and indeed mental condition, and because of that, I think Paul will win the rematch.”

It’s perhaps surprising that Bisping, of all people, would argue that the American’s fitness could be a determining factor in the contest.

On June 4, 2016, the Clitheroe-born fighter solidified his legacy by defeating Luke Rockhold for the UFC middleweight world title. His victory was considered miraculous by the bookmakers and his fellow athletes, who didn’t think that his training camp had been long enough.

Bisping accepted the fight on just two weeks notice and still managed to get the job done. Therefore it seems strange that he believes that Woodley can’t find a victory under the same circumstance.

However, the American had Paul stumbling through the ropes and on the cusp of defeat in their first fight. But instead of going all out to try and find the knockout, he allowed his opponent to recover and ultimately lost the fight because of it.

Woodley knows that he has to let his hands go next Saturday night, and fans will hope that a tasty $500,000 KO bonus will inspire him to do just that.

The Missouri-born man knows that he can hurt Paul with his monstrous right hand. But we’ll have to wait and see whether he’s willing to push the pace until the pair finally meet in the ring for their mega rematch.

Read: Tommy Fury training footage sparks theories about why he pulled out of the Jake Paul fight