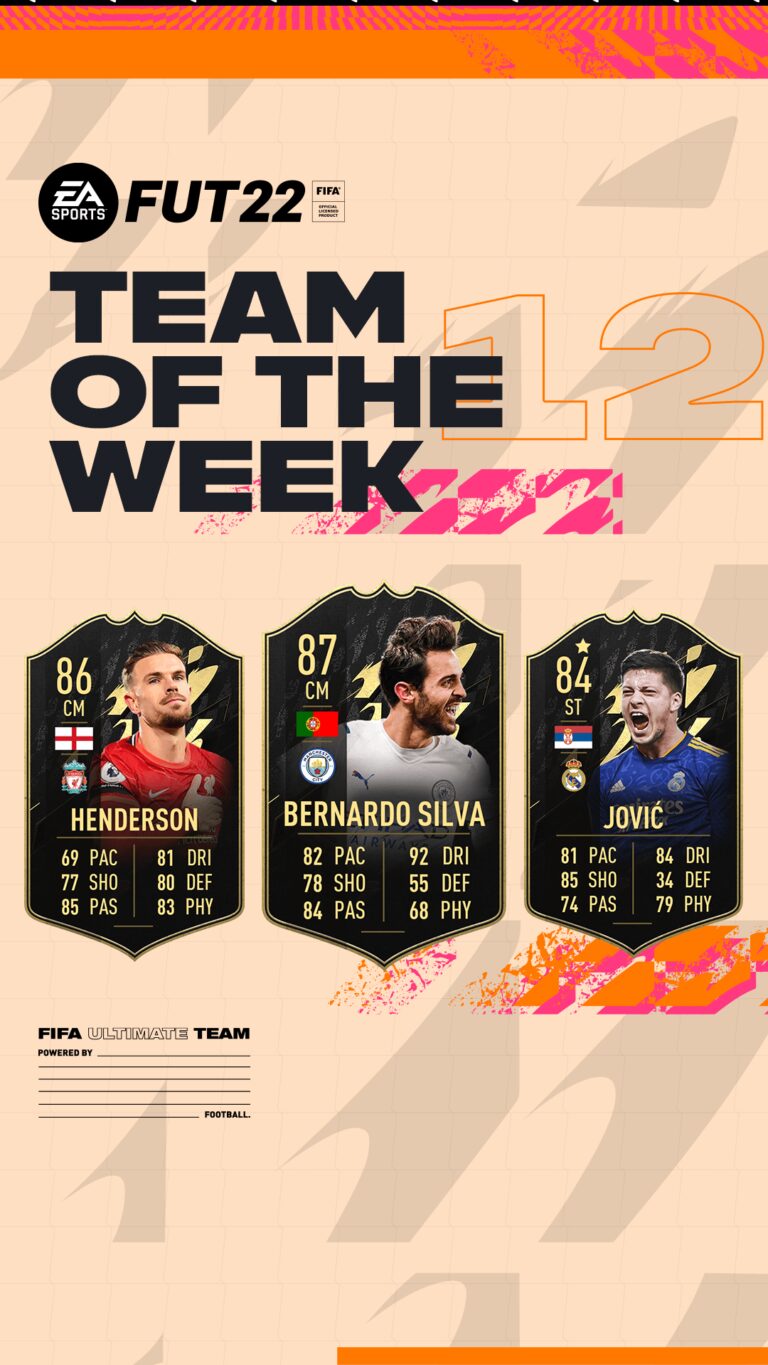 Lazio striker Ciro Immobile and Manchester City‘s Bernardo Silva are headlining a packed Team of the Week 12 on FIFA 22.

The team features players who have produced starring displays in the world of football over the past week.

Bernardo was simply superb in City’s 3-1 victory over Watford on Saturday. The Portuguese maestro scored twice for his sixth and seventh goals of the season.

There is also a place in Team of the Week 12 for Immobile. He scored in Lazio’s 4-4 draw against Udinese on Thursday, before netting twice in a 45-minute cameo against Sampdoria three days later.

Also included is Liverpool midfielder Jordan Henderson. He scored and provided an assist for Jurgen Klopp’s side in their 4-1 win over Everton in the Merseyside derby. He then played 67 minutes in their 1-0 victory over Wolves on Saturday.

Bayern Munich midfielder Kingsley Coman, Inter Milan starlet Alessandro Bastoni and Real Madrid‘s Luka Jovic are amongst the other star names included in what is a packed TOTW12.

Here is the team in full: