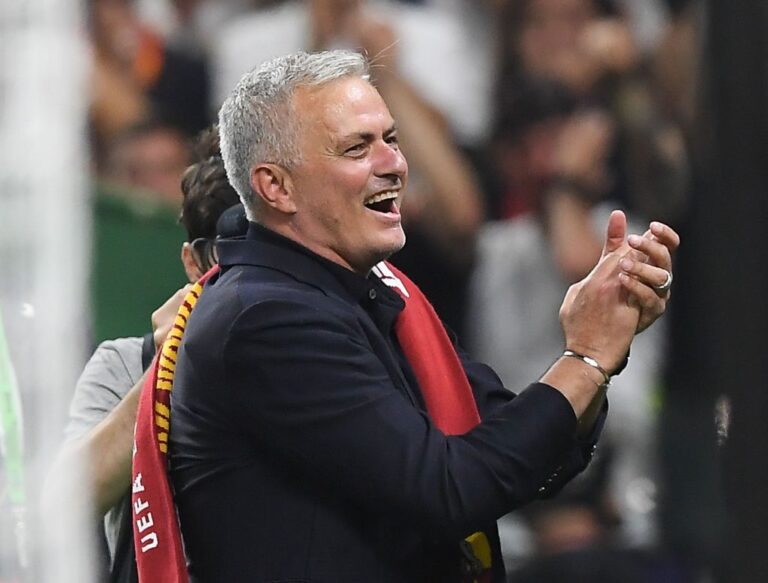 After an incredibly busy transfer window, the Italian giants are hoping for an excellent season. They brought in Nemanja Matic on a free transfer and Gini Wijnaldum on loan from PSG. But the one piece of business that’s really got fans excited is none other than Paulo Dybala.

On July 26, the world witnessed one of the greatest unveilings of all time. The epic Colosseo Quadrato played host to a remarkable celebration in which 100,000 fans descended onto the runway where the Fendi fashion house holds its prestigious events.

The remarkable building beamed bright with the club’s colours as the player walked out to greet his adoring fans. Dybala sat on the steps and looked out into the crowd, not quite believing his eyes.

The supporters sang their team’s anthem and waved flags in an incredible event, bringing the entire fanbase together.

And after just one Serie A game, the new and improved squad are showing early signs that they have the minerals to challenge for the title. A Bryan Cristante thunderbolt secured the victory and made the manager very happy.

According to Corriere dello Sport (via Roma Press), ‘The Special One’ gave his players an extra special treat. Watching his squad perform filled him with delight. Therefore, he felt it right to reward them appropriately.

His decision is seemingly in homage to last year’s win over Salernitana, which also occurred in August. That is because, on his Instagram account, Mourinho posted a video which showed him tucking into a large pizza.