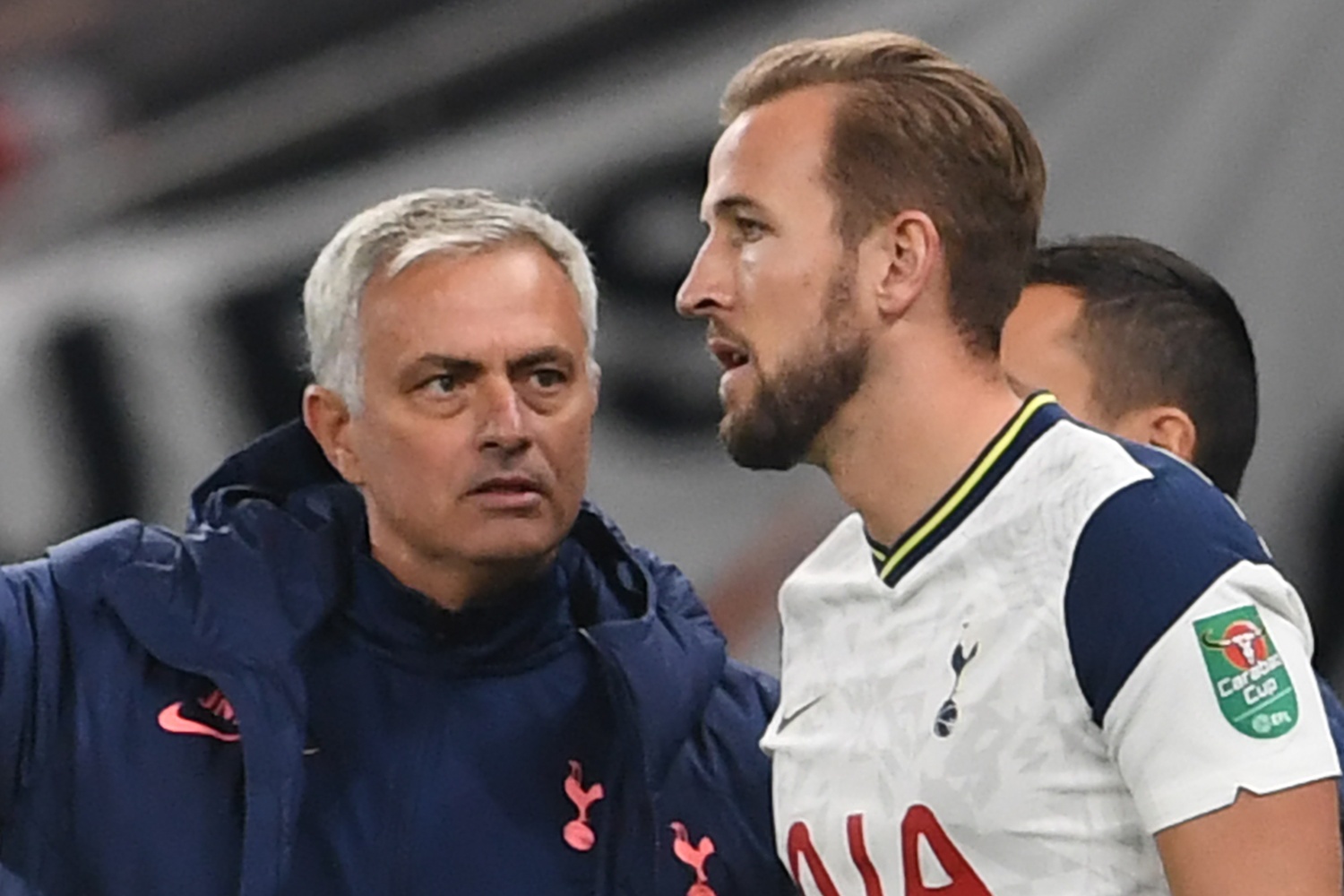 Former Tottenham manager Jose Mourinho has revealed what he believes to be Harry Kane’s one main flaw as a striker.

Throughout his time as Spurs boss, Mourinho heavily relied on the goals and assists of Kane and Son Heung-min to get him out of many sticky situations. This season, in particular, the Englishman has been on fire after securing another Golden Boot crown in the Premier League.

Now that Mourinho has left the club he’s been able to give offer insight into how things panned out during his stint in London, as he did when discussing Kane during a recent talkSPORT appearance.

“I don’t think he’s very comfortable with [a front two] and he’s not used to it,” he revealed. “What’s needed is what we tried at Tottenham.

“He drops so much, he gets between the lines, he’s such a quality and technical player that he can assist and link the play.”

“When a player is my boy, he is always my boy, even when we’re not together.”

“I did yesterday [send him a message].”

“If you do that, and you don’t have a player who looks for that [run behind], you find yourself having the ball but not being dangerous.

“I believe they need that because he will naturally drop, you will see him coming deeper, getting the ball – great vision, great passing, change of direction 70m to exploit the opposite full-back.

“He has all of this. We cannot say only he can score goals. Other guys have that responsibility.”

Not only did Kane have another stellar campaign in terms of goals, he also took home the playmaker award, leading the chasing pack in terms of assists.

However, Tottenham’s season fizzled out quickly, and 27-year-old has said himself that he will assess what his next long-term move will be.

Kane will almost definitely play a featured role in England’s Euro 2020 opener against Croatia this Sunday at Wembley.