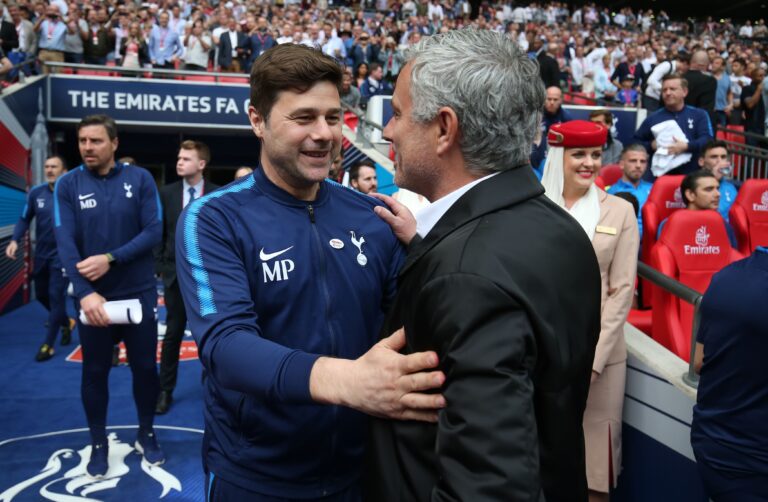 Roma manager Jose Mourinho has joked about whether any manager is satisfied with their current squad – apart from Mauricio Pochettino.

Pochettino is currently in charge of Paris Saint-Germain, who have had one of the greatest transfer windows in football history so far.

It began with the free transfer signing of Georginio Wijnaldum during Euro 2020, before Achraf Hakimi signed from Inter Milan for a fee of around £60.9 million.

That, of course, wasn’t all. Earlier in August, PSG pulled off the signing of arguably the world’s greatest ever footballer – Lionel Messi.

The Argentinian signed for the French giants after 21 years at Barcelona. There, he won six Ballon d’Or’s, The Best FIFA Men’s Player award in 2019 and six European Golden Shoes.

Although PSG are reportedly trying to move players on in order to accommodate these new wages, the signings haven’t resulted in major outgoings – yet.

The club rejected a £137m bid for Kylian Mbappe from Real Madrid yesterday, although have admitted he wants to leave.

As of now, though, the squad looks pretty formidable – something Mourinho referenced in an interview with Sky Italia.

When the Roma boss was asked about whether he was satisfied with his squad, he replied: “Do you know a coach who is satisfied with their squad? Maybe Mauricio Pochettino.”

Roma have made several additions to their squad since Mourinho took over in the summer.

They began the summer with the signings of defenders Bryan Reynolds and Roger Ibanez, before the arrival of Rui Patricio from Wolves.

Earlier in August, Tammy Abraham joined the club from Chelsea for a fee of £34m.

Mourinho has also been linked with another player from his former club. Reports claim that the 58-year-old wants to sign Blues midfielder Ruben Loftus-Cheek – and that a deal is possible.

Roma are next in Serie A action on Sunday when they take on Salernitana.