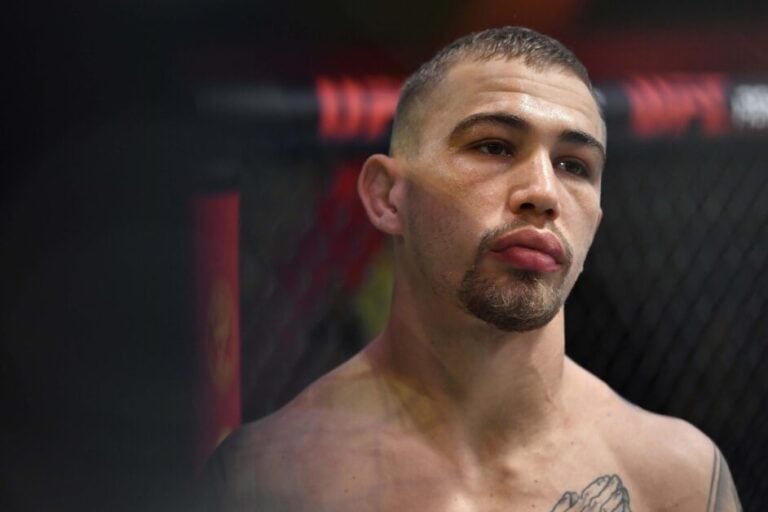 In a furious social media post, UFC fighter JP Buys has accused wife Cheyanne Vlismas of having an affair.

Vlismas, who has a professional UFC record of 7-2, revealed to MMA Fighting that she had moved out of the United States to an unknown overseas country. She did not reveal the location.

She explained: “Unfortunately, I would love to fight again soon, but because of reasons beyond belief, I cannot fight, and I cannot make any more money until I finalise some things in my life, and I don’t know when that will be.

In the same interview, Cheyanne Vlismas added that she was no longer with fellow UFC fighter JP Buys, with whom she has been married to.

What did JP Buys say?

The South African fighter recently responded to a tweet about the current situation involving Vlismas.

He said: “Hiding from what? In a country no one knows where she’s at?”

Buys then claimed: “Everyone here knows she has been in Batumi Georgia with Roman, the same guy she has been having an affair with behind my back. While still married.”

What are the UFC records of Cheyanne Vlismas and JP Buys?

Vlismas last fought in December, when she defeated compatriot Mallory Martin at UFC on ESPN: Font v Aldo. The clash earned the UFC’s Fight of the Night award.

In her previous fight, she recorded a victory over Gloria de Paul via TKO in July of last year. She won the Performance of the Night award on that occasion. Vlismas is a former interim BTC strawweight champion.

Buys, meanwhile, has a UFC record of 9-4. In September, he battled against Montel Jackson but lost via unanimous decision. The South African also suffered a second-round TKO defeat against Bruno Silva in March.

He has recorded wins over the likes of Jacob Silva and Luthando Biko.

Speaking to MMA Fighting, Buys explained that he cannot currently fight as he does not have a valid work permit to earn or work in the United States.

“I applied for a new work permit on May 7, 2021, through Cheyanne, and I still haven’t received that – which obviously, that is not valid anymore.”

Four players to watch during the 2021 Ryder Cup