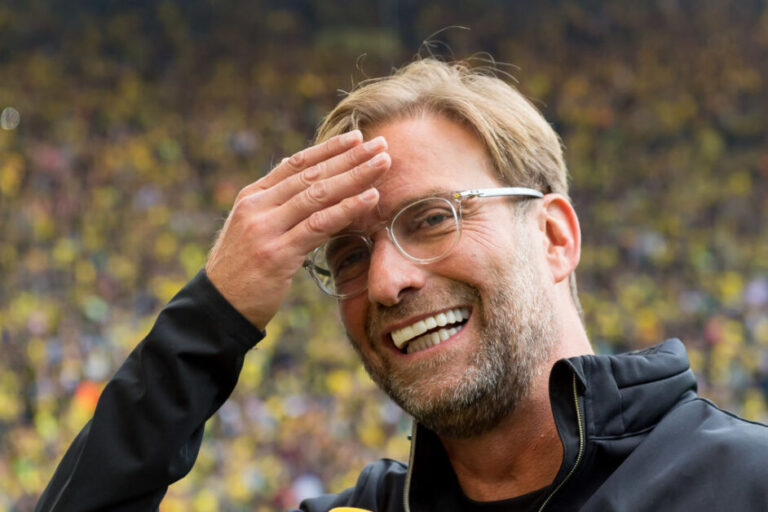 In 2014, Man United found out pitching your football club as an adult’s version of a theme park isn’t the greatest sell to an elite manager like Jurgen Klopp.

To the delight of Liverpool fans across Merseyside, their German manager has reportedly signed a contract extension. Since signing his first deal with ‘The Reds’, he’s taken the team from strength to strength. He took them out of a slump and guided them to a sixth Champions League and their first-ever Premier League title.

With players like Mo Salah and Sadio Mane in his squad, he has Liverpool firing away at the top end of the pitch while the likes of Virgil Van Dijk stand as solid as a rock at the back. But while he helped Liverpool out of a hole, his decision to avoid Manchester United put ‘The Red Devils’ in one.

Why did Jurgen Klopp turn Man United down?

In 2014, United were struggling in the Premier League under David Moyes. But just one season on from their historic run with Sir Alex Ferguson, the club still seemed a desirable place for footballers to play and coaches to manage. So with the correct pitch, the United faithful would’ve had a decent chance of signing any manager.

Yet, according to a biography of Klopp’s life, entitled ‘Bring the Noise’, Ed Woodward flew out to Germany to try and negotiate a deal years before Klopp went to Anfield. But his selling strategy left his target feeling incredibly underwhelmed.

He described the club as “an adult version of Disneyland.”

Klopp admitted that he found the pitch “unsexy”, yet he didn’t entirely rule out the proposition. But after a long think, he decided he didn’t want to leave BVB.

He said: “Man Utd is a great club, and I feel very familiar with their wonderful fans. But my commitment to Borussia Dortmund and the people is unbreakable.”

Maybe unbreakable is something of an overstatement.

Ultimately, he broke that bond a year later and moved to Liverpool. Consequently, leaving the Old Trafford crowd wondering what could’ve been.

While United crumble, Liverpool thrive, and with Klopp looking likely to sign through until 2026, The Reds’ time in the sun isn’t over yet.