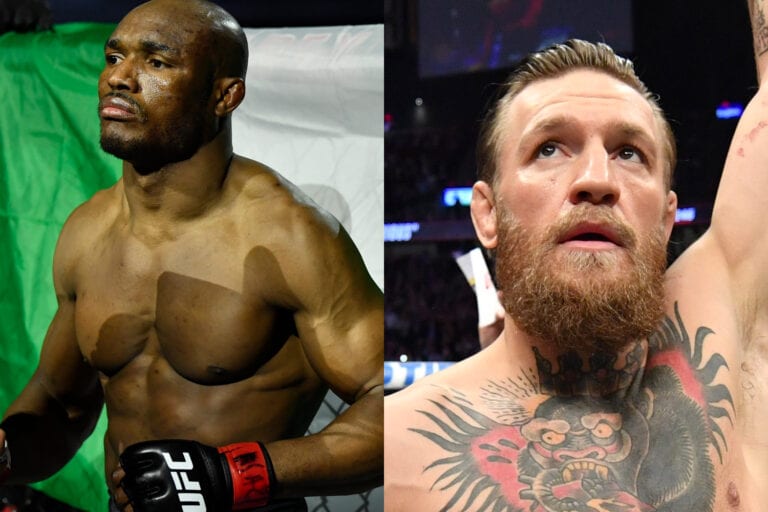 He secured a second-round knockout against Masvidal, who was returning to the Octagon for the first time since losing to the same opponent in July last year.

It was the fourth time that Usman has retained his title.

Conor McGregor, however, was quick to criticise the Nigerian-American fighter on social media following his victory.

McGregor tweeted to claim that Usman was “copying my shots”.

Usman, however, had a quick response – and reminded McGregor that the footage posted underneath his tweet formed part of his matchup against Dustin Poirier in January, which the Irishman lost.

Back then, McGregor was returning to the Octagon for the first time in over a year. He was defeated by Poirier via technical knockout.

Those comments prompted another back-and-forth exchange between the pair. McGregor openly questioned why Usman rescheduled his eventual UFC 258 fight against Gilbert Burns.

The pair were originally due to headline UFC 256, but Usman pulled out with his camp citing undisclosed injuries as the reason.

When the fight did eventually take place, Usman won via a third-round technical knockout.

McGregor also pointed out that the Nigerian-American fighter was at ringside when ‘Notorious’ defeated Donald Cerrone in 40 seconds last year.

But Usman said that he’d offered the Irishman a fight in the past – and seemingly warned McGregor off facing him.

We sense there’s plenty of legs still in this story yet.

McGregor is next in action in July, when he takes in Dustin Poirier in a trilogy fight at UFC 264 in Las Vegas.

UFC president Dana White has said that there will be a capacity crowd for the event.

McGregor won the first fight between the pair when it was staged six years ago, taking his overall record to 16-2 at the time.

He was awarded the Performance of the Night after knocking out Poirier in the first round.