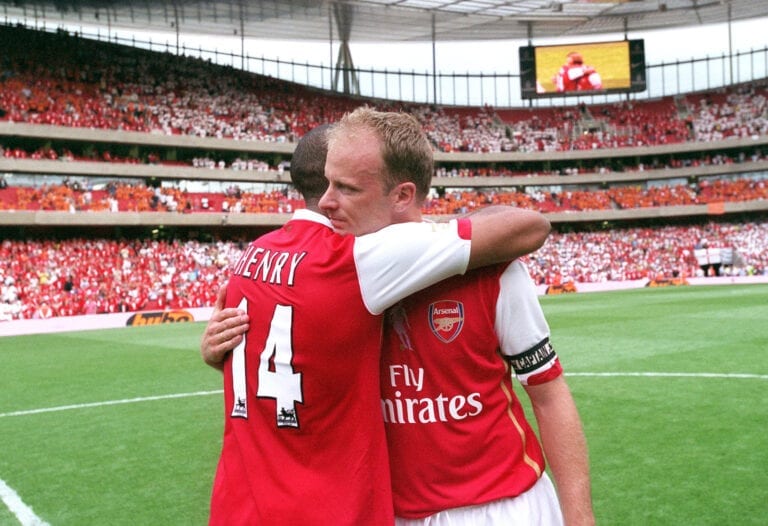 The blockbuster news from The Telegraph comes a few days after Ek made it clear on social media that he’d be interested in pursuing the idea if KSE, owned by Stan Kroenke, would be willing to sell.

This all comes in the wake of heavy protests outside the Emirates calling for Kroenke to sell the club and leave Arsenal for good. As the majority of fans know, the tipping point for the Gunners faithful was Arsenal’s involvement in the European Super League debacle.

There hasn’t been any indication that Kroenke is overly interested in selling, but if Ek has a trio of Invincibles alongside him, KSE may end up with an offer they can’t refuse.

“As a kid growing up, I’ve cheered for @Arsenal as long as I can remember. If KSE would like to sell Arsenal I’d be happy to throw my hat in the ring.”

Those words alone wouldn’t be enough to piece this whole thing together, but perhaps Henry, Bergkamp and Vieira will do the trick.

All three men have had a huge role to play in the success Arsenal have enjoyed across the last two decades. Unfortunately, if these reports are true, it appears as if they’ve all had enough of Kroenke and the way in which he’s been running the club.

Whether or not a bid will come in that tips the scales in Ek’s favour remains to be seen. However, Arsenal fans themselves have already come out and backed the plans – which is always a good starting point.

Kroenke has a series of other business interests and could view this as a way to remove himself from the ongoing civil war with supporters.

Either way, it seems this saga is far from over.