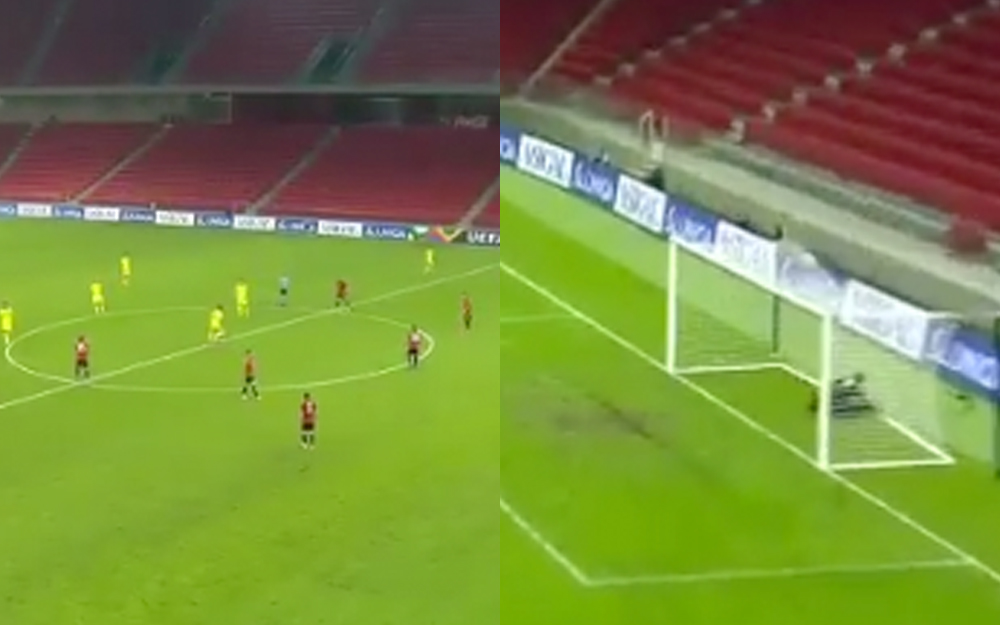 While Kazakhstan’s matchup with Albania may not have topped the list in terms of viewing figures last night, it did produce one of the more bizarre moments from the evening’s Nations League fixtures.

After falling two behind to the hosts, Kazakh full back Abiken took his chances directly from kickoff after spotting Albanian keeper Etrit Berisha off his line.

It’s an incredible piece of Sunday League-inspired play and we’re huge fans of it.

Unsurprisingly, Roy Keane was severely unimpressed with the keeper, as he vented his displeasure in the ITV studio.

Roy Keane was less than impressed with Albania's goalkeeper after he conceded straight from the kick off against Kazakhstan ? pic.twitter.com/9Zov9GeTuv

Unfortunately the goal wasn’t enough to kickstart a comeback, as Rey Manaj sealed a 3-1 victory from the spot for Albania.

Belarus top the group, though Albania now have the chance to overtake them when the two face off on Wednesday. However things look a little bleaker for Kazakhstan, who will have to beat Lithuania to avoid the relegation play-offs.