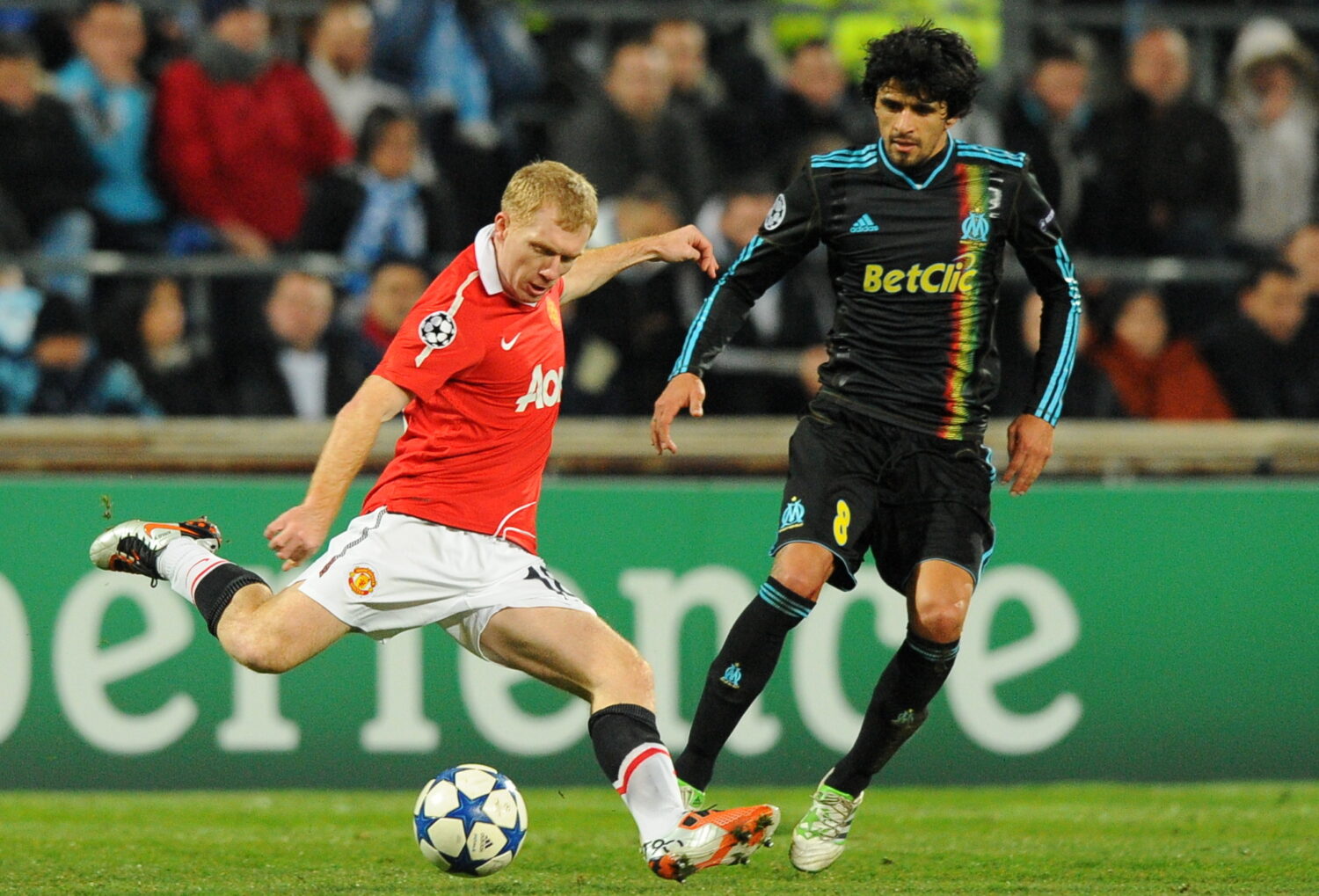 Well this makes for some incredibly satisfying viewing.

To mark Paul Scholes’ 46th birthday, the official Champions League Twitter account has shared a compilation video of some of the midfielders greatest assists in the competition.

For anyone who grew up watching the Englishman, you’ll be well aware of his mesmerising ability to see things on a football pitch that others simply couldn’t. This clip is another great example of that.

The scoop through to Rooney against AC Milan in particular, is very, very chef’s kiss.

If that wasn’t enough to fulfil your Scholes fix – they also shared a more general clip of his brilliance, along with the famous Xavi quote: “For me, he’s the best central midfielder I’ve seen in the last 15, 20 years.”

?️ Xavi Hernández on Paul Scholes: "For me, he's the best central midfielder I've seen in the last 15, 20 years."

The United talisman recently revealed he came close to joining Everton after his short hiatus from the game.

“I came back in September with Warren Joyce and the U23s and I was training every day,

“I felt as fit as I’d probably ever had done after having four months off – it was just the break I needed. I said to Joyce that I wanted to play again – I just wanted to play.

“Where it was I don’t care. I didn’t expect United to want me back. I spoke to Phil Neville and he said: ‘Come and play for Everton’.

“I’ve never really wanted to play for anyone else or be involved with any other club but if that was the only option I had then I might have done it, I don’t know.”

Of course though, that didn’t materialise and Sir Alex swooped in to bring back the club legend on a six-month contract, though kept the decision a secret from the rest of the squad until the very last minute.

“The next step had to be Mike Phelan, the assistant manager. I must have spoke to him at half 7 in the morning because I was so nervous the night before waiting to see what he thought and he thought it was a great idea,” Scholes added.

“Then there’s only one more person to get through which was the most important. As soon as I saw Mick I went to see the manager and told him I want to play again.

“I said that I feel fit and I feel okay and [he said]: ‘Do you want to play here or do you want to go somewhere else?’.

“There’s no way I wanted to go somewhere else. He said: ‘Right I’ll sort your contract out’ and that was within 5 minutes.

“He was on the phone to David Gill and I think it was the next day I signed for another six months. And then you think ‘What have I done?!’.

“He brought me into the squad to play Man City in the FA Cup. He told me not to tell anybody and the players had absolutely no idea. My wife knew and I think I might have told my dad but nobody else knew.

“We get to the ground on the Sunday and my kit is there. I actually couldn’t get any boots. They couldn’t know I was playing. If I asked for a real pair from Nike then they’d know something was going on. I went to the local JJB and I think they were £40 at the time which I thought was quite expensive.”