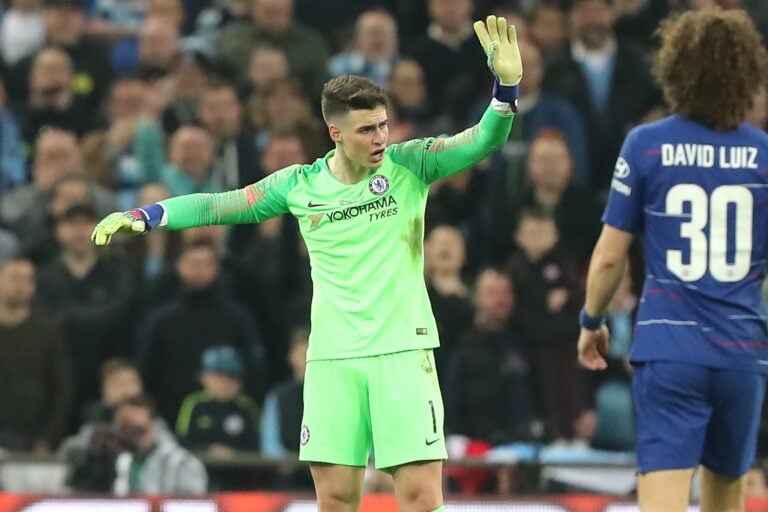 Chelsea goalkeeper Kepa Arrizabalaga has finally revealed why exactly he refused to come off in the 2019 League Cup final.

A few years back Kepa was easily considered to be the Blues’ number one man and potentially one of the best goalkeepers in the Premier League. Alas, on that famous night at Wembley, everything changed in the blink of an eye for the Spaniard.

Chelsea were competing against Manchester City in the aforementioned final with the game deadlocked at 0-0 heading into the end of extra time. Then, Maurizio Sarri decided to take off Arrizabalaga in favour of Willy Caballero – a man who was known for saving penalties –  just prior to the shootout getting underway.

Kepa appeared to refuse the direction from Sarri, creating one of the most controversial moments in the club’s recent history.

Now, in a piece for The Player’s Tribune, Arrizabalaga has provided his own perspective on what went down.

“It was all a big misunderstanding.

“Manchester City were dominating the game in extra time and there was barely any time left until penalties. After making a save, I felt something in my leg and I called for the physio to make sure it was nothing. Above all, though, I wanted to make sure that we as a team could catch our breath.

“I tried to signal that I was O.K., that I wasn’t injured. But we were at Wembley in front of more than 80,000 people, so of course Sarri didn’t understand me. When the fourth official raised the board, clearly I should have come off, and I’m sorry I didn’t.

“I was wrong, and I am sorry for everyone who was involved: for Maurizio Sarri, who it seemed like I had undermined in public; for Willy, a teammate and a great professional; and for all my teammates and Chelsea fans who had to put up with everything — all the noise that was generated during the game and then in the days after.”

Kepa went on to note that within the club, things appeared to resolve themselves quite quickly in comparison to the media uproar.