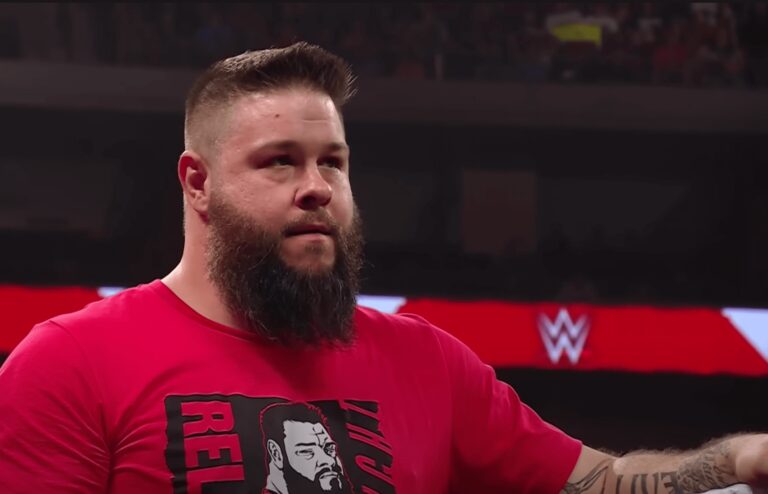 WWE star Kevin Owens has been absent from televised programming for a month, but his return is not far away, according to a new report.

The Canadian last appeared on the June 20 edition of Raw. He was in a backstage segment with Ezekiel.

It was there that Owens was told he would be competing in a Money in the Bank qualifying match against either Ezekiel, Elias or their younger brother, Elrod, the following week. He has been involved in a feud with the ‘trio’ since the Raw after WrestleMania in April.

Owens v Ezekiel/Elias/Elrod was then advertised by WWE throughout the week. However, Raw passed without Owens involved, which left fans confused.

Dave Meltzer of the Wrestling Observer Newsletter claimed that Owens had a “minor situation“, which was the reason behind his absence. He then stated on the Sunday Night’s Main Event podcast on July 10 that the WWE star is “fine”.

Since then, fans have been eagerly anticipating Owens’ return to action, particularly with SummerSlam just two weeks away.

When will Kevin Owens make his WWE return?

According to a new report by Fightful Select (via WrestlingInc), WWE fans will not have to wait long for the return of Kevin Owens.

That is because he is booked in for tonight’s edition of Raw (Tuesday for UK viewers). WWE are planning for Owens to feature in a ‘KO Show’ segment. However, the company has not publicly advertised this, so it remains to be seen whether it does indeed take place as planned.

Fans will be waiting to see whether the Ezekiel/Elias/Elrod storyline continues. Last week, Ezekiel teamed up with AJ Styles to take on The Miz and Tommaso Ciampa in a match that ended in a DQ.

Elias, meanwhile, hasn’t appeared since smashing Owens over the head with his guitar last month. Maybe it could be Elrod’s time to shine this week?