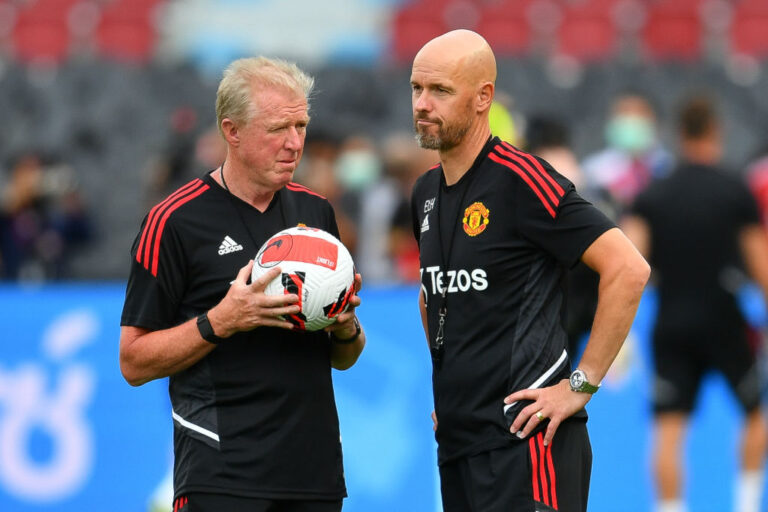 Man United boss Erik ten Hag has given the key reason why he decided to retain Harry Maguire as club captain for the 2022/23 season.

The England centre-back was appointed as captain under Ole Gunnar Solskjaer in January 2020. The decision was made after the previous skipper Ashley Young left for Inter Milan.

Given Maguire was only six months into his Man United career, some fans questioned whether it was too early for him to be given the armband.

The 29-year-old has been captain ever since. He led United to a Europa League final and a second-place finish in the Premier League in 2021.

Last season, however, was more challenging for Maguire. The centre-back suffered a loss of form – perhaps partially due to a busy summer with England at Euro 2020 – and his place in the first XI began to grow uncertain.

The fans piled pressure on Maguire due to United’s poor league position. The Red Devils went through two managers last season. Ole Gunnar Solskjaer was sacked in November. Ralf Rangnick replaced him on an interim basis. However, he could only guide his side to sixth place in the Premier League, which was achieved after a final day loss for seventh-placed West Ham.

With the arrival of Erik ten Hag as United’s new manager this season, fans questioned whether he would opt for a new captain.

However, the Dutchman has kept faith in Maguire. The 29-year-old will continue to wear the armband this season.

The centre of United’s defence will have more competition for places this season. Lisandro Martinez will join the club from Ajax. In addition, Victor Lindelof and Eric Bailly are still with the club, whilst Raphael Varane will be hoping for an injury-free campaign.

That could increase the pressure on Maguire – but his manager has no doubts about his qualities.

Ten Hag explains why he chose Maguire as captain

Maguire has been continuing his captaincy role in Australia. United are in the middle of a pre-season tour of the country. They have already defeated Liverpool and Melbourne Victory.

Maguire did not play against Liverpool, having recently returned to training following an extended break after England duty. He did, however, feature for 45 minutes against Melbourne Victory.

Speaking to the Daily Mirror after his side’s 4-0 win over the A-League side, Ten Hag explained his reasoning for keeping faith in Maguire.

He said: “No [debate whether to keep him as captain]. I always see the captaincy as an issue that I dictate.

“Team building, for me, is an important point, and I always talk about a group of leaders. The captain is a really important one, and I’m happy with him.

“I think he is [a first-choice player]. He’s proved it in the past, but he has also to prove it in the present, and in the future.

“He’s played 60 times for England. Harry is really impressive, and I expect a lot from him. But there is also internal competition, and that is what a club like Manchester United needs.

“You cannot win with 11 players. We need a squad, especially this season with so many games. We have the Europa League, the Premier League and the World Cup, so we need a full squad with high-quality players. Not quantity.”