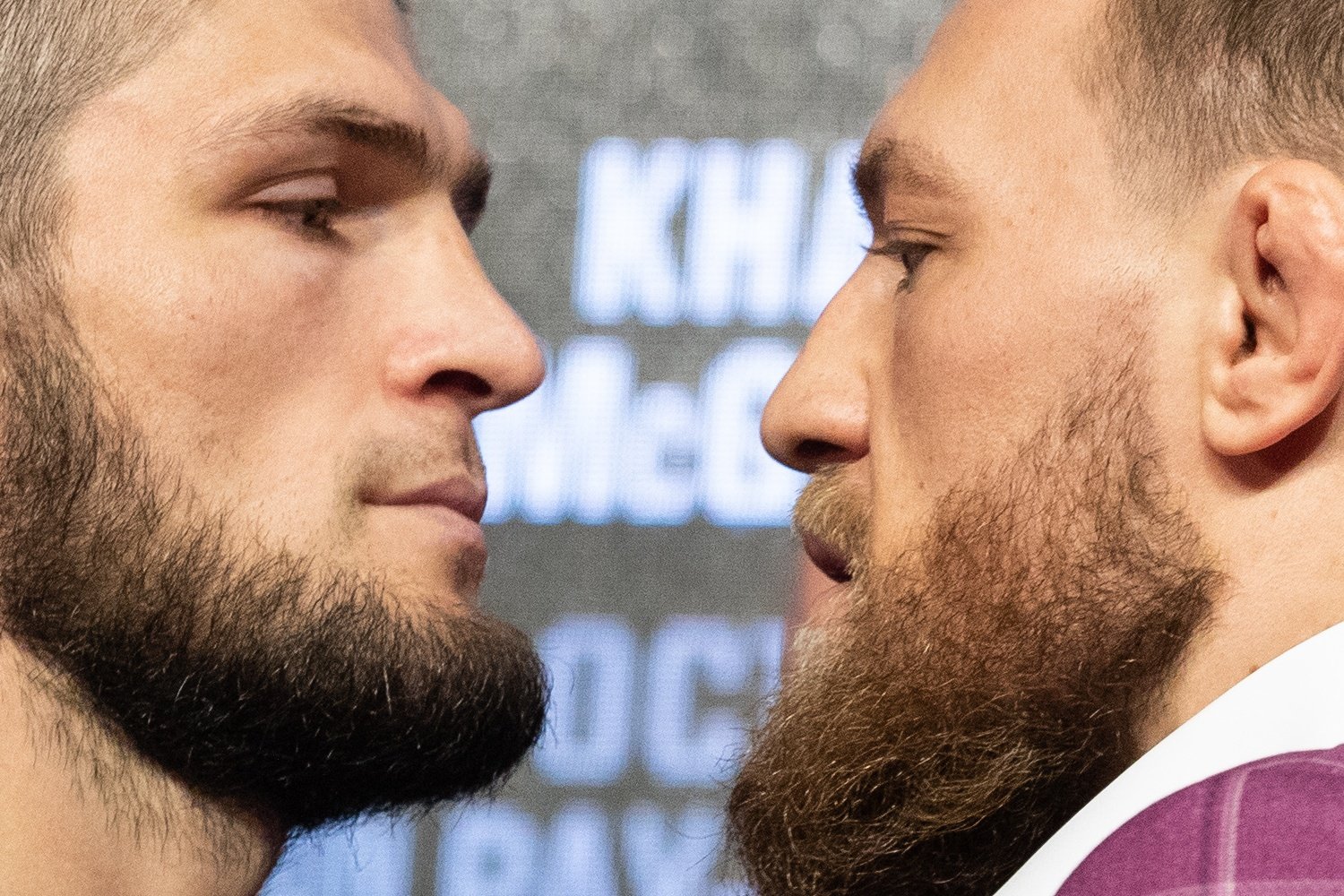 UFC lightweight king Khabib Nurmagomedov has claimed that Conor McGregor’s career is on a downward trajectory.

Nurmagomedov, who retired at 29-0 after his win over Justin Gaethje at UFC 254, also submitted McGregor at UFC 229.

Ever since then both fans and pundits alike have wondered what would happen if the UFC ever booked a rematch. Alas, after Conor was humbled by Dustin Poirier last month, it seems unlikely that we’ll ever see such a bout.

The rivalry between Khabib and “The Notorious” has often been described as the most bitter in MMA history. For that reason, combined with the financial success of the first fight, it seemed a second fight was all-but-inevitable.

However, during a recent interview with Magomed Ismailov, Khabib made it clear that he doesn’t believe McGregor will have a successful second chapter in MMA.

“Never. There is no way that a man can be at the peak for two times.”

“I’m not [just] talking about him. What I mean is, a man can’t have two primes. A team could do it. For example, Real Madrid did this a few times in a row.

“Teams may have this. But we’re talking about us. And one man, on his own, cannot have this.”

While the likes of Georges St-Pierre and Jon Jones may have something to say about that, McGregor did show a noticeable rustiness in the loss to Poirier. It extended from his flat-footed stance all the way through to his inability to deal with Dustin’s leg kicks.

A trilogy bout against Poirier has been heavily rumoured, whereas Khabib seems content with his retirement.

McGregor, on the other hand, would likely jump at the chance to fight the Russian again.

Even with all of that being said, it still feels quite foolish to 100% count Conor McGregor out. Especially in a game as unpredictable and chaotic as mixed martial arts.