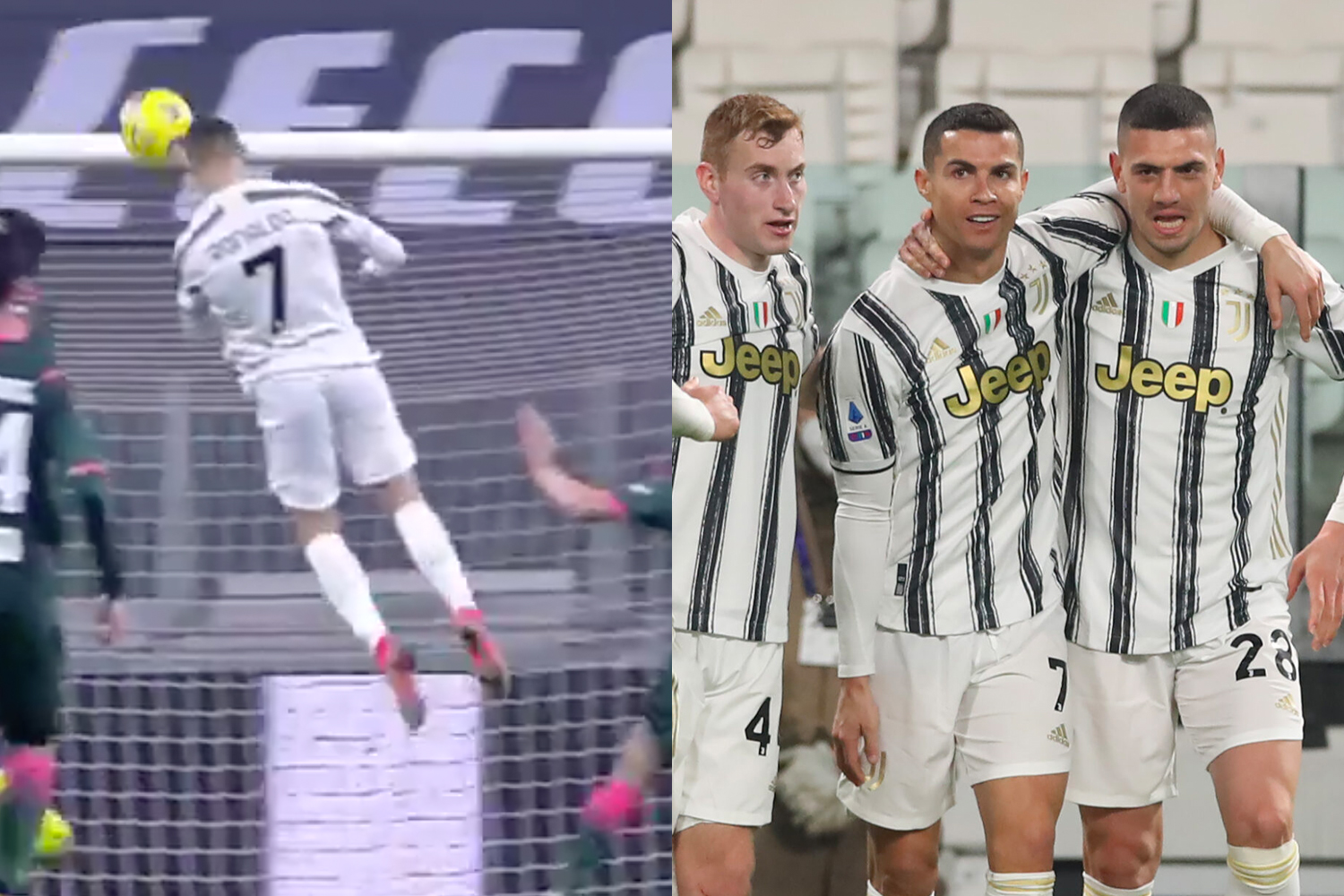 Cristiano Ronaldo hit the headlines once again on Monday evening, scoring a brace in Juventus’s 3-0 victory over Crotone in Serie A.

The goals move the Portuguese striker back into pole position in the Serie A scoring charts, with his 18 strikes putting him one ahead of Inter’s Romelu Lukaku.

He opened the scoring on 38 minutes with a well-executed header, but it was the 36-year-old’s second goal, in first half stoppage time, that gave fans a reminder that Ronaldo is still very much at the top of his game.

He initially took on a shot from distance that was parried away by Crotone stopper Alex Cordaz. The move didn’t end there, though, as Aaron Ramsey crossed the ball back into the danger zone.

Just like any well-versed striker, Ronaldo arrived to meet it, springing into the air to plant his header into the bottom corner.

His timing of the leap left the Crotone defence, and goalkeeper Cordaz, with no chance as the ball nestled into the back of the net.

? The champions move to third in #SerieA, 8 points off leaders Inter with a game at hand! pic.twitter.com/SPUwOtW3i8

What was most impressive wasn’t the header itself; rather the way in which the Portuguese star maintained the height of his jump for several yards before powering the ball home.

We’ve seen similar goals scored by the Portuguese star over the years, of course, but at 36-years-old he shows no signs of slowing down.

Ronaldo is now operating at just under a goal a game (18 in 19) for Juve this season in the league, whilst he has four goals in five appearances in the Champions League.

Weston McKennie later added the third and final goal of the game for Juve on 66 minutes to seal the 3-0 victory.

The result moves them back to third place in Serie A, although Andrea Pirlo’s side sit eight points behind leaders Inter Milan. Juve travel to ninth-placed Verona on Saturday.