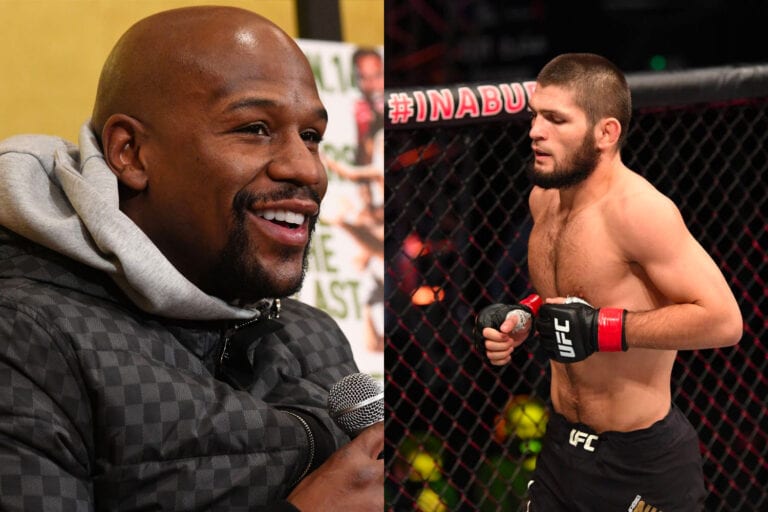 Khabib Nurmagomedov’s manager has revealed that ‘The Eagle’ turned down a $100 million offer to box Floyd Mayweather.

Ali Abdelaziz, who has been by the side of Khabib since his rise to prominence in the UFC, knows how to make noise in the MMA sphere and he’s certainly one of the most recognisable, if not controversial managers in all combat sports.

Khabib, on the other hand, tends to be quite understated, which is why it was quite surprising after his win over Conor McGregor in 2018 to see him flirt with the idea of a boxing match against Floyd Mayweather.

As it turns out, that idea was revisited following Khabib’s MMA retirement – as confirmed by Abdelaziz during an interview with Mike Tyson.

“But you know, Khabib got offered $100 million after he was retired to fight Floyd Mayweather,” Abdelaziz revealed.

Abdelaziz also noted that Georges St-Pierre was flirting with the idea of his own return in order to take on Khabib Nurmagomedov in a superfight. Alas, the Russian’s word is sacred, and he won’t fight so long as his mother doesn’t want him to do so. Mayweather, on the other hand, will return in an exhibition bout against Logan Paul on June 6.

Nurmagomedov’s final fight took place at UFC 254 in October 2020 on Fight Island. On that night he submitted Justin Gaethje before emotionally paying tribute to his father, who had passed away due to COVID-19 complications earlier that year.