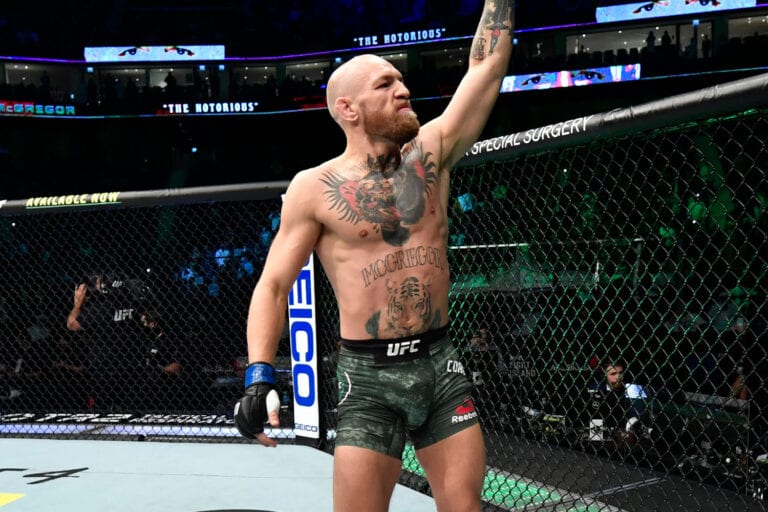 MMA manager Ali Abdelaziz has hit out at Conor McGregor as the years-long feud between the two men goes on.

This rivalry stretches all the way back to 2018 when Abdelaziz’s biggest client, Khabib Nurmagomedov, went to war with McGregor at UFC 229. In the lead-up to that fight McGregor took it upon himself to launch numerous accusations at Abdelaziz.

Khabib submitted McGregor in their Las Vegas meeting but even after all of that went down, Abdelaziz and McGregor continued to go back and forth.

During a recent appearance on Mike Tyson’s podcast, Abdelaziz had some unpleasant remarks for McGregor and even his upcoming opponent Dustin Poirier.

“He’s like a high-end prostitute. Now people want to go out on a date with him, to show that ‘Hey, I have a pretty girl with me.’ He’s the pretty girl and after that, you can show other girls, ‘I got this beautiful girl. Do you want to date me?’” Abdelaziz said.

“But he’s still a high-price hooker. Also, you make money when you fight Conor McGregor because he’s a draw but how long is that going to last?

“To be honest, him and Dustin Poirier – I like Dustin – but both looked like s*** when they fought each other.”

McGregor, who last won inside the octagon at UFC 246 in January 2020 when he beat Donald Cerrone at welterweight, will fight Poirier for the third time at UFC 264 on July 10 in their trilogy clash.