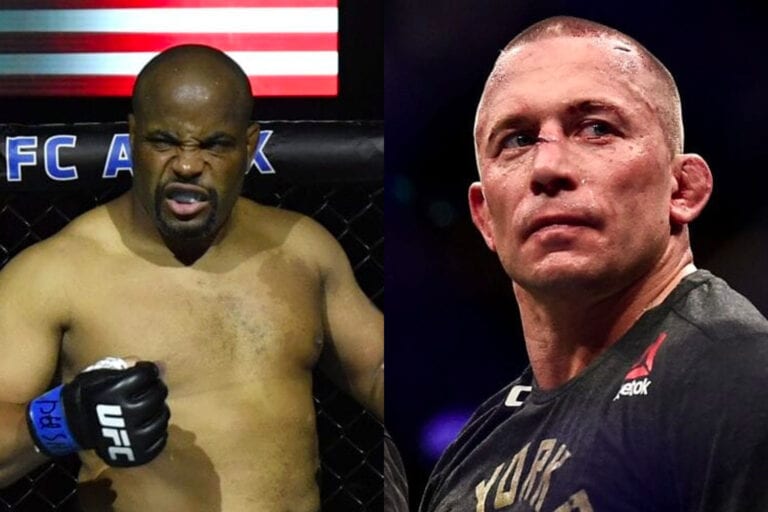 Over the course of the last few weeks, we’ve heard rumblings that De La Hoya could be making a return to boxing at the age of 48. Then it emerged that GSP was linked with a potential fight against the iconic figure.

Many fans weren’t quite sure how to react to the news but in many ways, they didn’t even have a chance to do so, as the UFC reportedly stopped the idea from getting off the ground.

Former two-weight UFC champion and current commentator Daniel Cormier recently decided to give his own thoughts on the situation.

“I gotta be honest, I don’t know,” Cormier said of the situation during an appearance on DC & Helwani.

“I think it’s too risky for us as a community to have a guy like Georges St-Pierre boxing Oscar De La Hoya. Great for ‘GSP’ in terms of the money he will make but too risky. Because even at—I don’t know if Oscar’s gotta be mid-50s at this point—it’s too risky for ‘GSP’ to go and fight him because if he gets beat, if he gets starched, it’s a bad look when the greatest fighter of all time is out there getting beat or knocked out or just dominated by a 55-year old boxer.

“You can not possibly believe Georges St-Pierre beats Oscar De La Hoya in a boxing match. Like, reality. Does not matter, dude’s an Olympic champ boxer. No, man. That’s why I don’t want to see it. It’s too risky. Maybe GSP does win but I don’t believe he does so whatever. Might as well not even do it.”

St-Pierre officially announced his retirement from mixed martial arts back in February 2019 but has continued to train ever since.