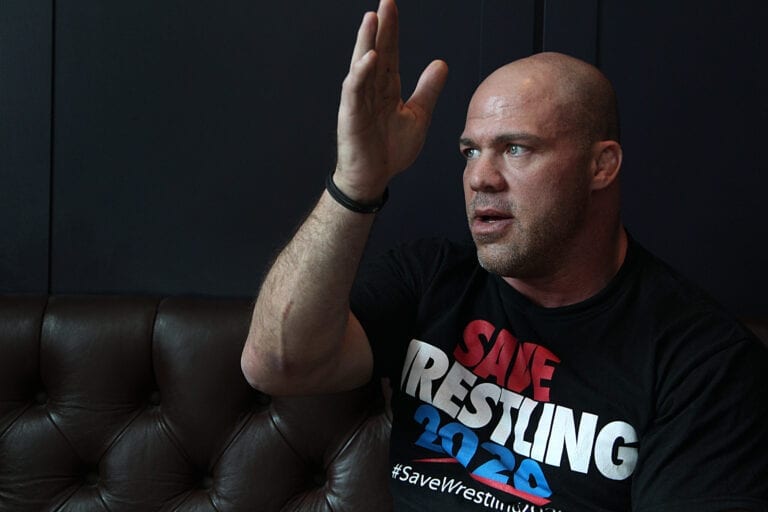 WWE Hall of Famer Kurt Angle has teased a possible return to the company in the near future.

Angle last wrestled for WWE back at WrestleMania 35 where he was retired by Baron Corbin. Many fans still, to this day, believe he should’ve gone up against someone like John Cena instead – but that never came to fruition.

Angle continued on in his role as a backstage producer right up until he was furloughed due to the pandemic last year.

It was never clear how permanent that decision would be, or what would come next for the wrestling icon, however, Angle has now shed a little bit of light on his situation.

During an interview with Hannibal TV, Angle opened up on all those subjects and so much more. 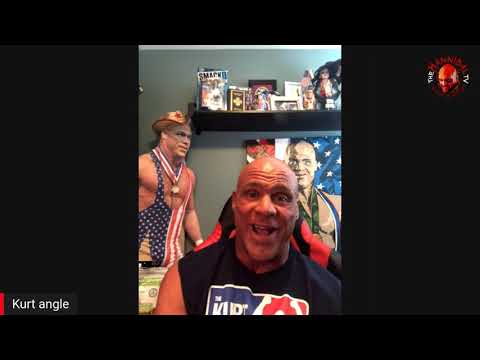 “Well, my relationship with WWE is really good and I like to keep it that way,” he said. “I don’t have any plans of going to AEW. I haven’t really spoken to them that much. Just a couple of messages sent back and forth but nothing serious.

“I have something going on with WWE right now and it most likely will materialise. I can’t talk about it but that’s what I’m waiting on and I don’t want to mess that up.

“The company’s been so good to me and I want to be loyal to them.”

While whatever the plans are don’t sound concrete, they do sound like he’s gunning for a return to WWE in at least some capacity.

We saw in his WWE 24 documentary that he clearly sees Vince McMahon as a father figure. Sure, they’ve had some issues over the years, but that happens with most families.

Angle has had his ups and downs but through it all, one thing has remained true – he’s one of the greatest wrestlers to ever step foot in WWE.

At the age of 52 he may have lost a step, but that doesn’t mean he can’t still surprise us.