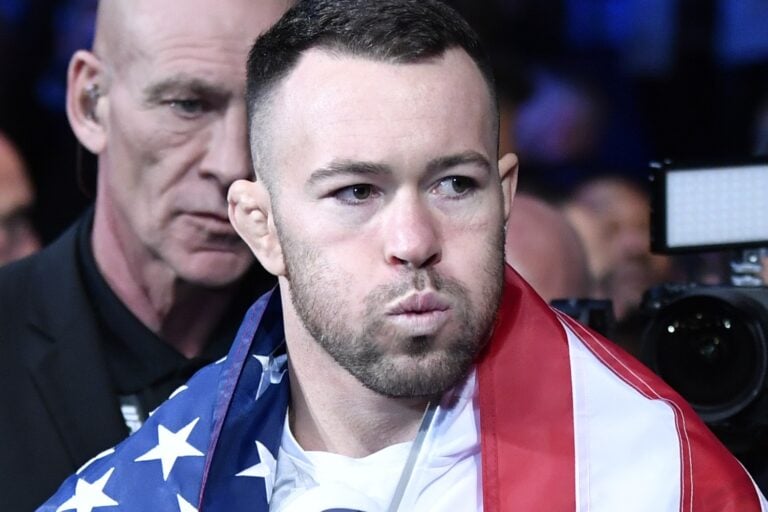 WWE legend Kurt Angle has given his thoughts on Colby Covington using his entrance music at UFC 268.

Throughout the last few years, Colby Covington has thrived off of getting MMA fans to hate him. Whether it be his MAGA gimmick or the constant trolling online, “Chaos” certainly knows how to cause a stir.

A few years ago, for his fight against Robbie Lawler, Covington decided to add another dimension to his UFC entrance by using the theme music of former WWE champion Kurt Angle.

He carried that forward into UFC 268 last weekend, with Angle taking notice on social media.

Why does Colby Covington use Kurt Angle’s music?

“@ColbyCovMMA Next time invite your Olympic Hero too.”

Colby Covington is an admitted pro wrestling fan and understands what it means to be a “heel”. Within the industry, for those that don’t know, a heel is essentially a villainous character.

When Kurt Angle was doing his thing in WWE, fans would greet his entrance music with a chant of “you suck”. In addition to it being one of the most memorable additions to a theme song in recent memory, it also helped to play into Angle’s heel persona.

On Saturday night, it came full circle with Colby Covington receiving the “you suck” treatment from the Madison Square Garden crowd.

What’s the origin behind the “you suck” chants? 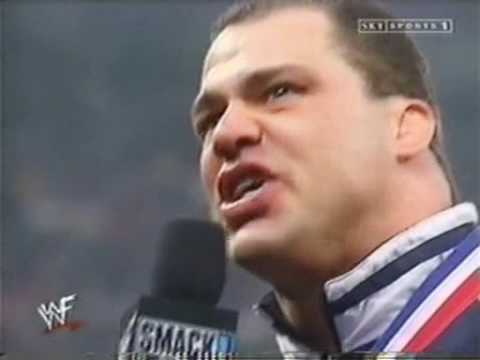 Kurt Angle has always been a great heel, and Colby Covington recognised that. Plus, he was also a high-level amateur wrestler, forging another connection between the two men.

The earliest known trace of the chant stemmed from an episode of SmackDown in 2001 when Angle was trying to boast to fans in attendance. It was then picked up sporadically until 2002 when fellow WWE legend Edge really encouraged everyone to continue taunting Angle whenever he made his way down to the ring.

Tonight I dedicate this fight to the men and women of the NYPD & first responders all across America. ????? #ufc268 pic.twitter.com/2RTL8UU0oa