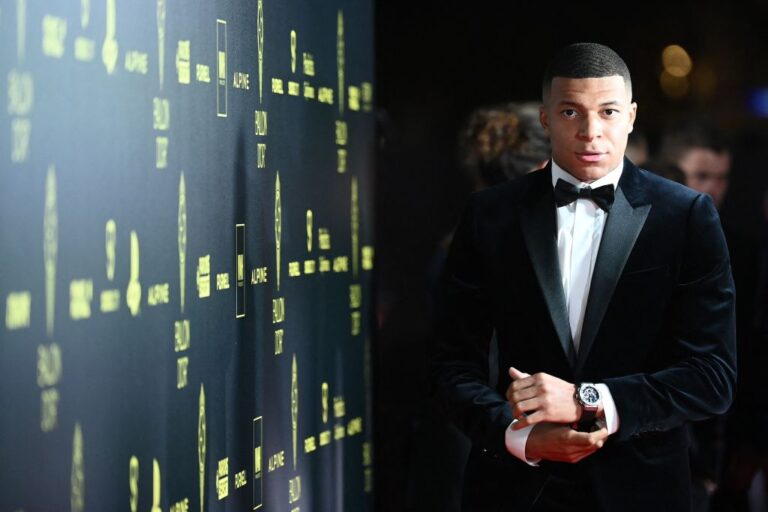 The negative reception greeted the Frenchman when he walked onto the red carpet at the Theatre du Chatelet in his hometown of Paris. In a video that France Football posted on Twitter, you can clearly hear that the fans in attendance booed Kylian Mbappe and his father.

These jeers are likely in response to fresh reports of Mbappe’s unhappiness at PSG.

Was Kylian Mbappe booed because of exit rumours?

“He feels betrayed in the sense that the things the club promised him when he signed that new deal have not happened,” explained Laurens, via BBC Sport. “They promised they would sign a new striker, so he could play in his best position off the striker.

Laurens then suggested that the PSG star is looking for a new club.

“Mbappe feels he made a mistake extending his contract and that he should have left in the summer. Now, he is looking at the January transfer window at where he could go.”

After fans booed him outside, Kylian Mbappe suffered further disappointment at the ceremony. He finished sixth in the Ballon d’Or voting – his third successive year outside the top five.

The angry reaction from fans may have surprised the Frenchman, too. He had stated his happiness at being in Paris just the day before.

Speaking after his side’s 1-0 win over Marseille on Sunday night, Mbappe clarified his stance on his future.

“I’m very happy,” said the 23-year-old, quoted via talkSPORT. “I never asked to leave in January. The info that came out on the day of the match I didn’t understand. And I was just as shocked as everyone else.

“There are people who may think I’m involved in this, but I’m not involved – I was taking a nap. My entourage was at my little brother’s game, too. All the people who take care of me weren’t there, so we were flabbergasted when we heard about it. Afterwards, we had to deal with it, there was a game to play.

“Just to say that it is completely wrong, and I am very happy.”

Despite saying that he is content at PSG, rumours still circulate about Mbappe leaving the French capital. But one destination that now seems unlikely is Real Madrid.

“It’s not that I’m bored,” explained Perez, via The Mirror. “It’s that I don’t even read the debate about Mbappe anymore. We have a spectacular future ahead of us. Vinicius Jnr and Rodrygo are real stars. I see them as future Ballon d’Or winners.”

So, now that a move to Real Madrid is unlikely, where else might Mbappe go?

Currently, a transfer to the Premier League is a possibility. Manchester City is a team with the money and star quality that could attract the forward. Therefore, they could make a move if Mbappe becomes available. An attack pairing of Haaland and Mbappe is a terrifying prospect for any rival team.

Elsewhere, Liverpool could be an alternative landing spot for the Frenchman. Per the Liverpool Echo, Kylian Mbappe held talks with the Reds before signing his new deal with PSG last summer.