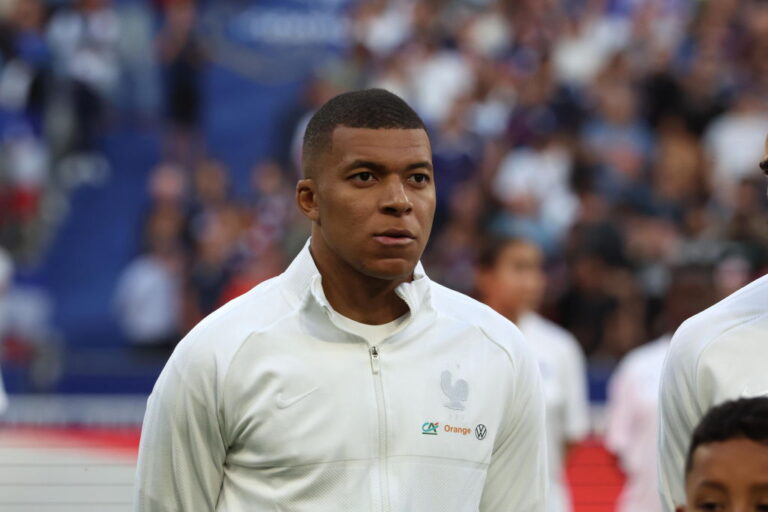 France star Kylian Mbappe has hit back at claims made by the head of the French Football Federation, Noel le Graet, that he wanted to quit the national team after Euro 2020 over his penalty miss.

Mbappe missed the decisive penalty in France’s second-round tie against Switzerland at Euro 2020 in Bucharest. After the game finished 3-3 after extra time, spot-kicks were required.

The Paris Saint-Germain star stepped up to send the game to sudden death, but saw his shot saved by Yann Sommer. It meant that the reigning World Cup winners were out of the competition.

Mbappe was the subject of mass criticism on social media after the miss. Speaking in October 2021, he told L’Equipe: “I have never taken a single euro to play for the French national team, and I will always play for my national team for free.

“Above all, I never wanted to be a problem. But from the moment where I felt like that I was starting to become a problem, and that people felt I was a problem…

“I received the message that my ego was what made us lose. That I wanted to take up too much space, and that without me, therefore, we might have won.

What did Noel le Graet say?

“He was angry, he no longer wanted to play in the France team – which he obviously did not think. You know what it is, a winner. He was very frustrated, like all of us, by the elimination. He is so publicised, he is a great guy, much more collective than you think.”

Since Le Graet’s claims were made, Kylian Mbappe has hit back on social media. Although not denying that he had considered quitting the national team, he did dispute the reasoning given by the French chief.

He wrote: “Yes, but I explained to him above all that it was in relation to racism, and NOT to the penalty. But he considered that there had been no racism…”