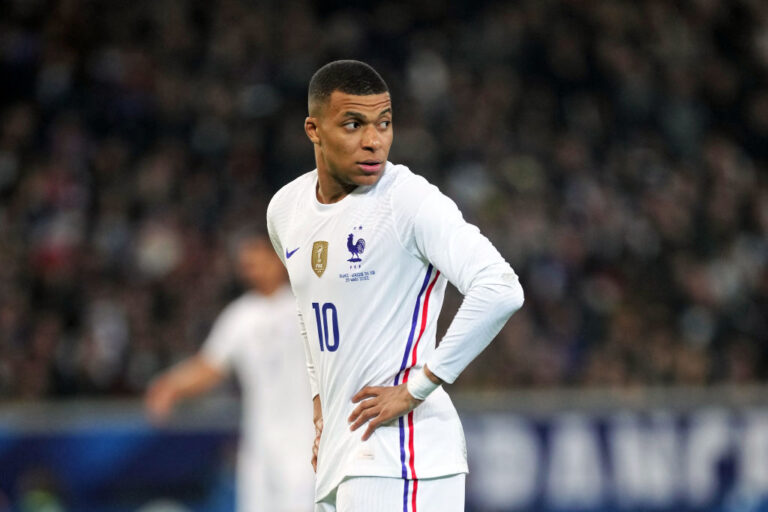 French international Kylian Mbappe has slammed a French betting site after they posted an offensive joke about his father.

Online betting site Winamax Sport have a notorious reputation for trolling players, but Mbappe didn’t see the funny side in their latest joke. Angered by the company’s stunt, the Paris Saint-Germain forward took to Twitter to voice his disgust.

A fixture in the French national team, Mbappe shone for the reigning world champions during the recent international break. An unused substitute in their 2-1 victory over Ivory Coast, manager Didier Deschamps handed Mbappe a starting berth for the clash with South Africa.

Dazzling those inside the Stade Pierre Mauroy, Mbappe netted two goals and an assist during the 5-0 thumping. Deservedly taking home the Man of the Match award, it was the kind of performance that shows why he’s one of the best players in the world.

Instead of revelling in the talent of their nations’ most exciting prospect, Winamax opted for the less respectful route. Posting a photo of a man celebrating a goal with his bottom on show, the online betting company angered many, including Mbappe.

Kylian Mbappe strikes back after joke about father

“The danger of online betting… no longer having a limit.A little respect, please.”

A bold statement from one of the world’s best footballers, the replies showed support for Mbappe’s response. Amongst the various reactions, one PSG-related organisation praised the striker for calling out this type of behaviour: “Well done for laying your balls on the danger of sports betting. RESPECT.

Of course, Winamax are repeat offenders for this kind of thing and have been criticised in the past. Renowned for their crass online jokes, the company often criticises players for their actions both on and off the pitch.

Mbappe isn’t the only high-profile name to have called out Winamax for their tweets. In September 2020, La Liga club Granada demanded a public apology from the company following a sexually explicit joke about a player’s heatmap.

Unsurprisingly, they didn’t learn their lesson, and the latest Winamax gaffe is unlikely to be the last.