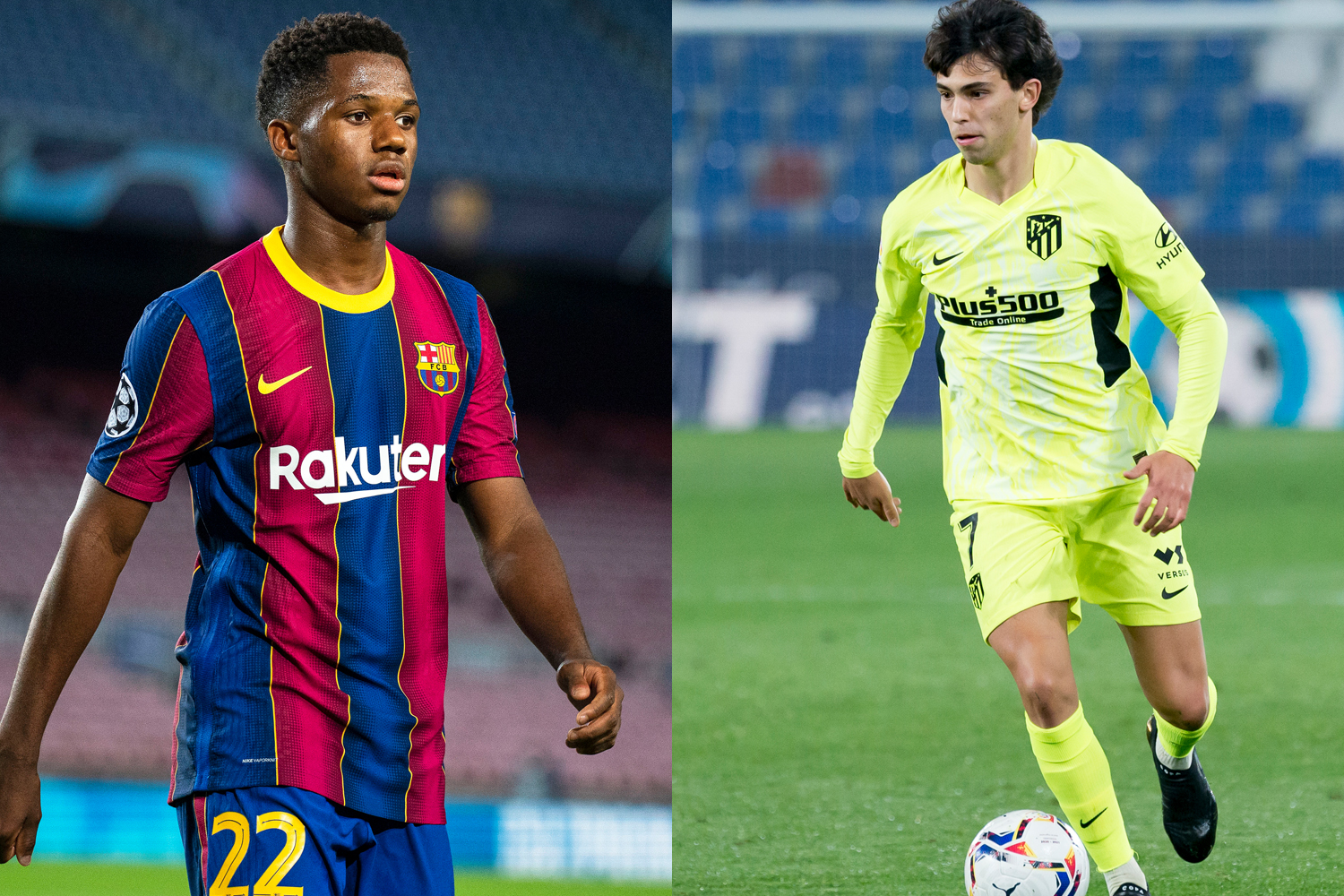 Given the dominance of Lionel Messi and Cristiano Ronaldo, it’s often been easy to overlook the young talent breaking through in the Spanish top flight.

Both men have had a stranglehold on world football for the last decade, which has made it extremely easy to get sidetracked.

However since Ronaldo’s departure to Juventus, and continued question marks over Messi’s future – it feels like the perfect time for the next generation to make a name for themselves.

As part of a LaLiga 90th Anniversary event, LaLigaTV pundit Albert Ferrer and ex-Real Mallorca striker, Gerry Armstrong, were quizzed by Guillem Balague on who they see as the future of the Spanish league.

From Fati to Felix

Armstrong, who was signed by Real Mallorca in 1983 and has become as staple of Spanish football coverage, highlighted Fati as his standout, though went on to praise João Félix who has impressed this season under Diego Simeone.

“I think certainly Ansu Fati is a class player. He’s the one who sticks out for me. He’s broken records already, the youngest player to ever play for Spain, the ten fastest goals for Barcelona – he has real talent.” Armstrong explained.

“If Messi stays, he will help Fati a huge amount in his development. We’ve talked about it for years, the lack of quality players coming through the La Masia (Barcelona’s academy). That was something Barcelona were very dependent on, the likes of Iniesta, Messi, Piqué and Busquets, there has to be another conveyer belt coming through shortly and Ansu Fati is just a different class, he’d be the pick of the bunch for me.

“Joao Felix at Atletico Madrid, he’s not a great goalscorer, but he’s the one, when he runs from midfield with the ball he’s so difficult to stop and he’ll create chance after chance. And that’s why I fancy the Pichichi (award for LaLiga’s top goalscorer) to go to Luis Suarez, and I think Atletico will win the league for that reason as well.”

Ferrer, who represented Barcelona for the best part of a decade, agreed that it was hard to look past Fati as being the next big talent, though he did highlight the huge potential of 18-year-old Barca midfielder, Pedri.

“I’m between Fati and Pedri. I think if Pedri is able to add to his game, this last pass, some goals and being more important in attack for Barcelona, and that will possibly come when Messi is not there, then he’ll be one of the top players in LaLiga.

“But I agree that Fati is going to be the one, because he’s the one whose going to score more goals and you know at the end of the day, football is about goals. Let’s see how he goes with the injury, but I think Fati will be the one.”

“They can be together for a few years, that will be fantastic for Barcelona once Messi leaves.”