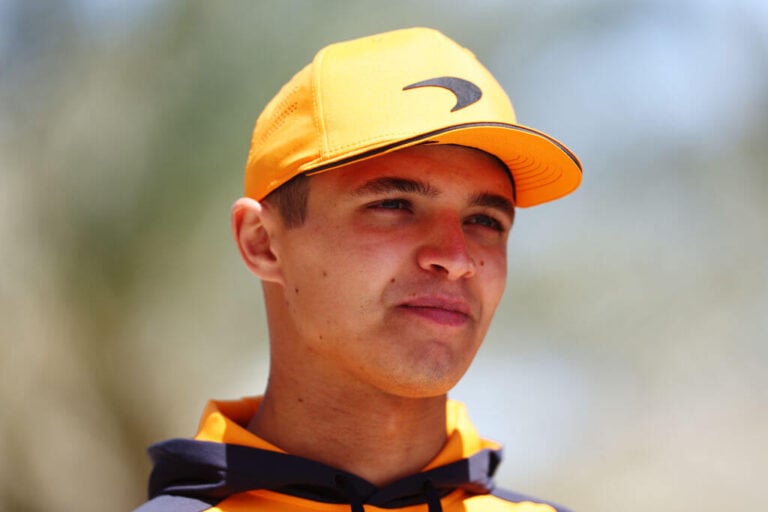 McLaren driver Lando Norris has named five current F1 stars who he believes would make up the ‘ultimate F1 driver’.

Norris himself is one of the highest-rated drivers on the current grid. The 24-year-old is yet to win a Grand Prix for McLaren, although he came agonisingly close at the Russian Grand Prix last year.

Norris led for much of the race, but a late downpour and an incorrect call to stay out on dry tyres cost him what would have otherwise been an almost certain victory.

Despite that heartbreak, 2021 cemented Norris’s status as a massive talent, and potential future world champion. He finished 45 points ahead of experienced team-mate Daniel Ricciardo. He also recorded four podium finishes.

This year has been more of a struggle, with McLaren uncompetitive in the opening rounds at Bahrain and Saudi Arabia. That being said, Norris managed to record a credible seventh-placed finish in Jeddah.

In Australia last weekend, McLaren were more of a threat to the front runners. The Brit qualified in fourth place and finished in fifth place, with Ricciardo behind him in sixth.

The 2022 season is shaping up to be a cracker. Charles Leclerc is already 34 points clear of the pack in the race for the Drivers’ Championship in a much-improved Ferrari. But Red Bull are also strong, at least in terms of pace, whilst Mercedes will likely improve after a difficult start to the season.

Throw McLaren and a fast-improving Alpine into the mix, and we could eventually see five teams battling for podiums in each race.

Talent levels are at a significant high this season – which makes picking five of the best a tricky task. But that is exactly what Lando Norris has attempted to do.

Before answering the question posed to him via a YouTube fans Q&A, Norris clarified that he would only select present drivers.

With that out of the way, he promptly chose three world champions. There is one driver omission, meanwhile, that may surprise fans.

He explained: “This is tough. I’m going to have to go with the obvious ones and take myself out of it.

“You’d have Lewis [Hamilton]. You’d have Max [Verstappen]. I love Fernando [Alonso]. A bit of Carlos [Sainz], and then Yuki [Tsunoda]. Yuki loves a bit of a radio scream. Just for entertainment, I’d put Yuki in there.

“I missed Charles [Leclerc] out – I feel bad. From those others, I think if you put them together, you’d have pretty much an unbeatable driver.”

With a total of 10 world championships between the five drivers, it is fair to say the ultimate F1 driver of Lando Norris would be very imposing. With the Brit choosing not to include non-current drivers, a past versus present race would undoubtedly be fascinating to watch.