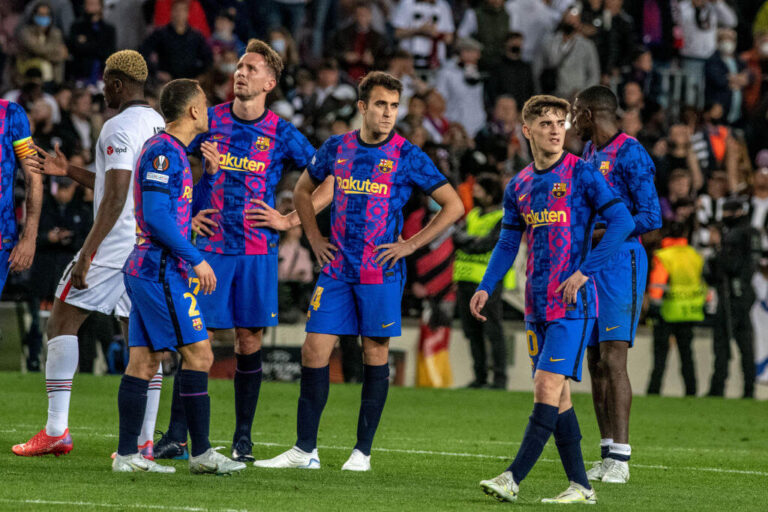 After their humiliating defeat to Frankfurt, Barcelona missed out on more than just a place in the Europa League semi-final.

On April 14, the German underdogs dumped the Spanish giants out of Europe in dramatic fashion. Barca had the momentum going into the deciding fixture after the first leg ended in a 1-1 draw in Germany.

But in a stunning upset, Frankfurt found a way to upset the apple cart in the second leg.

Filip Kostic buried a spot-kick in the fourth minute to put the underdogs in the driving seat. But the Bundesliga side didn’t rest on their laurels; they relentlessly pursued a second. Rafael Santos Borre found it.

The Colombian struck the ball with thunderous precision from outside the box, leaving Marc-Andre ter Stegen helpless. Barca began to assert their dominance in the possession department as the game wore on, but the visitors continued to threaten with counterattacks.

And eventually, Filip Kostic made his mark and scored Frankfurt’s third goal of the day. But despite their tremendous performance, the mid-table Bundesliga side had to survive an incredibly nervy ten minutes of stoppage time.

Sergio Busquets fired home a beautifully struck finish from way outside the box to give Xavi‘s side a glimmer of hope. This generated a feeling of impetus which ‘La Blaugrana’ capitalised on shortly after with a Memphis Depay penalty which just about crossed the line.

But Barca’s efforts were rendered obsolete as Frankfurt held on to secure a historic victory. Although the loss embarrassed the favourites, that emotion is obsolete compared to the money they missed out on.

After taking a huge financial blow following their exit from Europe’s premier competition, Barca had one way to make up for the hole in their wallet, and that was by reaching the latter stages of the Europa League.

Although their quarter-final contest only amounted to €2.5 million, as per Sport, the five-time Champions League winners missed out on a whopping €15.6 million overall. This includes the prize money from competing in the UEFA Super Cup, had they won the Europa League.

This season, Barca had reportedly budgeted to receive €20.2 million from European competition, meaning the defeat is a huge blow in more ways than one.

Read: Barcelona star wants investigation into how 30,000 Frankfurt fans got into the Camp Nou

After years of financial difficulties, Barcelona are finally re-emerging as a side that can potentially become one of the world’s best. But regardless, every penny still counts.

In the aftermath of the game, fans were left raging due to the mass amount of away fans who’d somehow found their way into the Camp Nou. Some of the Barca enthusiasts have even speculated that socios sold their tickets to the Frankfurt supporters.

Therefore, after one of their worst outings in recent years, the club has a lot of making up to do.