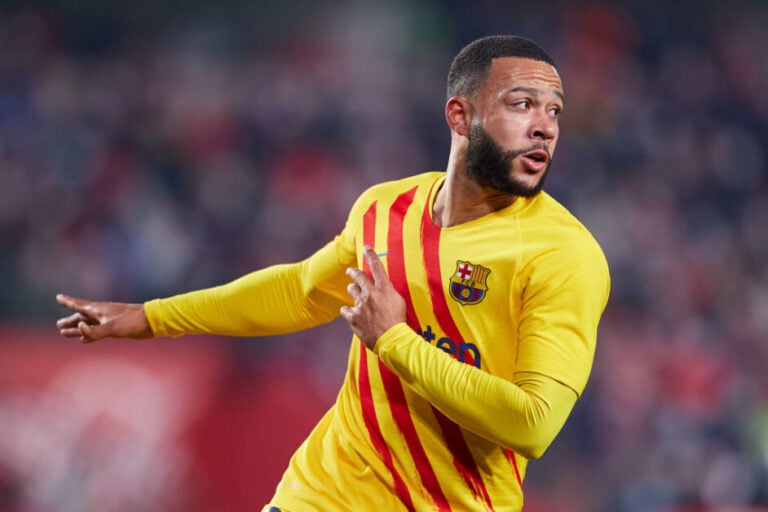 Memphis Depay could potentially leave Barcelona this January, despite only being at the club for six months.

In June, the Dutch star signed for Barca on a two-year deal, ending the club’s long-lasting pursuit of the forward.

Depay had the perfect start to the season, scoring an equaliser in his second game against Athletic Bilbao. By November, he had already found the back of the net on eight occasions, and his career looked to be going from strength to strength.

But since then, he has only bagged one goal. The Spanish press has aimed some criticism at the forward for the way he performed during Xavi’s early games in charge. He then suffered a hamstring injury which resulted in him missing four games.

Read: Ferran Torres revealed what motivated him to leave Man City for Barcelona

Ahead of the El Clasico clash against Real Madrid on Wednesday, the Barca manager made some very interesting comments to Diario Sport regarding the role that the 27-year-old will have in the fixture.

Xavi said: “The same as everyone. In the end, those who merit a place in the side get one, there’s a lot of competition.

“Luckily, we have several options in the first team, and there’s real competition there. It’s about a meritocracy. Whoever deserves to play will play. That’s what I’ve experienced. Whoever is better will play regardless of what their name is.”

As it turned out, the Dutchman did not start the Super Cup fixture against Real Madrid. Xavi opted to begin with Luuk de Jong in the central striking role. He came off the bench, but failed to make a significant impact.

Currently, Depay’s future at Barcelona is unclear. But a situation involving two of Juventus’s star players could provide an opportunity for the Dutchman to leave his current club.

According to Sport, a catastrophe regarding one of the Italian side’s talented forwards has given Depay the out he might need. Federico Chiesa has torn the anterior cruciate ligament in his left knee. Therefore Juve require a replacement, and Depay is reportedly on their shortlist.

As per esteemed Italian journalist Gianluca Di Marzio, the fifth-placed Serie A club have enquired about the potential of bringing Depay in on loan until the end of the season.

Another key factor in Barca’s decision to potentially allow the Dutchman to leave is their interest in Juve striker Alvaro Morata. Xavi is reportedly keen to bring the Spanish forward to the club, and moving Depay the other way could present the opportunity of a swap deal.

It’s no secret that Barca aren’t in the position they used to be. The former European greats are currently under a great deal of financial pressure. According to ESPN, Xavi’s side have a financial cap of €97 million. That is almost €650 million less than their rivals Real Madrid, who have the highest salary cap in La Liga.

Therefore, should Barca be able to unload Depay, then they will relieve a huge salary mass off their shoulders – which could allow other transfer avenues to open up.