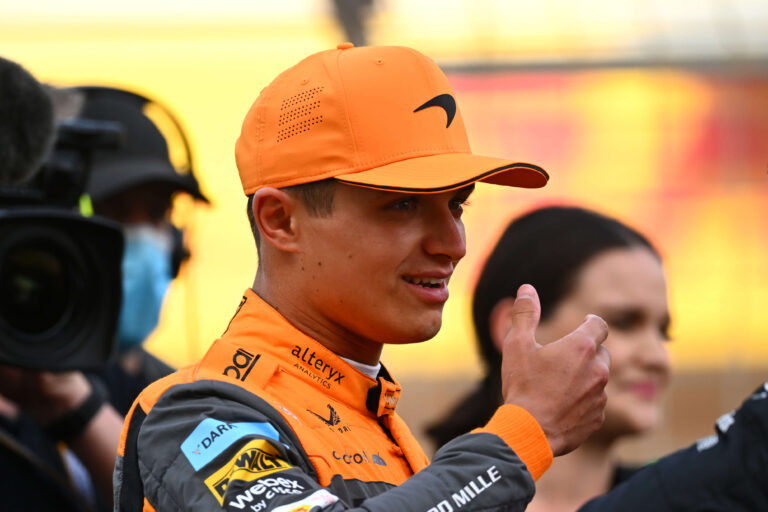 Lando Norris and McLaren endured a torrid start to the F1 season at the Bahrain Grand Prix – and things don’t look like getting easier any time soon.

After a strong test in Barcelona, many pundits tipped McLaren to be one of the frontrunners in the 2022 season.

Norris himself warned of the perils of topping the timesheets in early testing, tweeting: “Productive day, but annoyed I’m P1. Now you gonna think we fast and waaaaay over hype us.”

Those comments may have been slightly tongue-in-cheek, but the second test in Bahrain was a disaster for the team. Norris’s team-mate, Daniel Ricciardo, tested positive for Covid-19 and missed the entire test. Norris, therefore, drove the car for the whole three days. However, he was beset with brake problems that curtailed a lot of their running.

When race weekend came around, expectations for McLaren had changed. They were not considered to be amongst the main frontrunners. Equally, however, few predicted the extent of their actual struggles around the Sakhir International Circuit.

In qualifying, it was clear that McLaren lacked pace over one lap. Norris managed to get out of Q1. However, Ricciardo did not. He qualified in 18th place for the Grand Prix.

The British driver then put his car in a lowly 13th place after Q2. Worryingly for McLaren and their supporters, those results seemed to be purely on merit in terms of the car.

There was hope that the car would be more competitive in race conditions. But both drivers struggled throughout on Sunday. Ricciardo battled with Nicholas Latifi for 19th position for much of the first stint. Norris, meanwhile, went for an extended run on the medium tyres. After his pitstop, he comfortably emerged in last position.

Ricciardo crossed the finish line in 14th place, with Norris in 15th. It was a poor day for Mercedes power units in terms of pure pace, with McLaren perhaps the best example of that.

One critical hope for fans is that McLaren can pick up their pace in the coming weeks and surge back up the leaderboard. However, Norris doesn’t see that happening.

Speaking after the race, he said (quotes via Autosport): “It’s just where we are, quite simply. We just have to get a little bit used to it now.

“We just haven’t got it right at the minute. We’re a long, long way off. Not just a little bit, we’re a long way. We’ve got to start afresh and figure some things out.”

Norris and McLaren will look to at least make some improvement in the second race. The Saudi Arabian Grand Prix takes place at the Jeddah Corniche Circuit on Sunday.